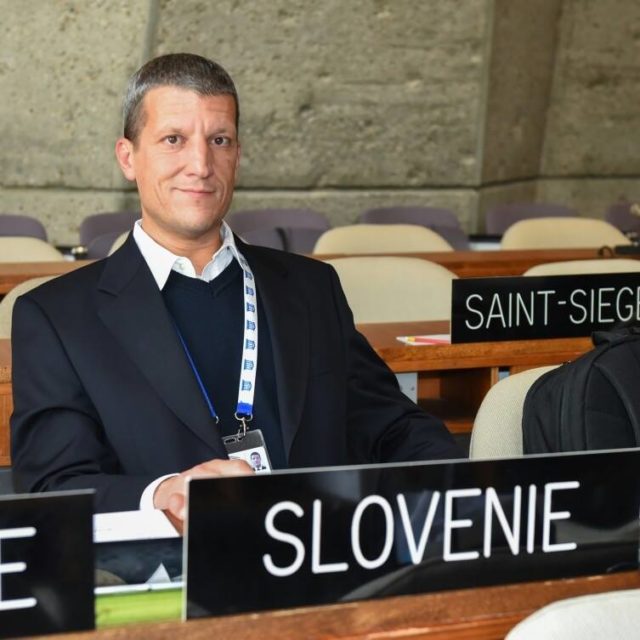 Slovenia is becoming one of the leading countries in the field of Open Educational Resources (OER), hosting the 2nd World OER Congress to be held at Cankarjev Dom Congress Centre in Ljubljana, Slovenia, on 18 – 20 September 2017. The Congress will mark 15 years since the term “Open Educational Resources” was first coined at UNESCO and 5 years since the inaugural World OER Congress took place at UNESCO, resulting in the 2012 Paris OER Declaration. OER refer to any educational materials made available by authors and institutions under open licenses, to be used and adapted freely for teaching, learning and research purposes.

The 2nd World OER Congress will be the biggest intergovernmental event being organised in Slovenia in 2017. The Slovenian Ministry of Education, Science and Sport will organise this important event in cooperation with the United Nations Educational, Scientific and Cultural Organisation (UNESCO) in partnership with the Commonwealth of Learning, Creative Commons and with the generous support of the William and Flora Hewlett Foundation. Main partners in Slovenia are the UNESCO Chair on Open Technologies for Open Educational Resources and Open Learning at the “Jožef Stefan” Research Institute and the Cankarjev Dom Congress Centre in Ljubljana.

Q:What do you expect from the 2nd World OER Congress in Ljubljana?

The 2nd World OER Congress will bring together Ministers of Education and Higher Education and decision-makers, expert practitioners, researchers and relevant stakeholders. The Congress will build on the outcomes of six regional consultations on OER hosted in Kuala Lumpur (Malaysia), Valletta (Malta), Doha (Qatar), Port Louis (Mauritius), Sao Paulo (Brazil) and Auckland (New Zealand), organised by the Commonwealth of Learning.

The Congress itself will address the following three central objectives: (1) Examine solutions to meeting the challenges of mainstreaming OER practices in education systems worldwide; (2) Showcase the world´s best practices in OER policies, initiatives and experts; (3) Provide recommendations for the mainstreaming of OER with links to best practices.

As organisers, we are expecting the participation of more than 300 experts and stakeholders from all over the world, among them also some Ministers of Education and Higher Education.

Q: What is the importance of the 2nd World OER Congress for Ljubljana and Slovenia?

Slovenia is becoming one of the leading countries in the field of Open Education and Open Educational Resources (OER) worldwide. To host the 2nd World OER Congress in Ljubljana was a formal proposal by the Slovenian Government, supported and confirmed by UNESCO and the international community – which is an important recognition for Slovenia.

The reasons why Slovenia has been chosen as host of the Congress are determined in a number of recent successful developments: