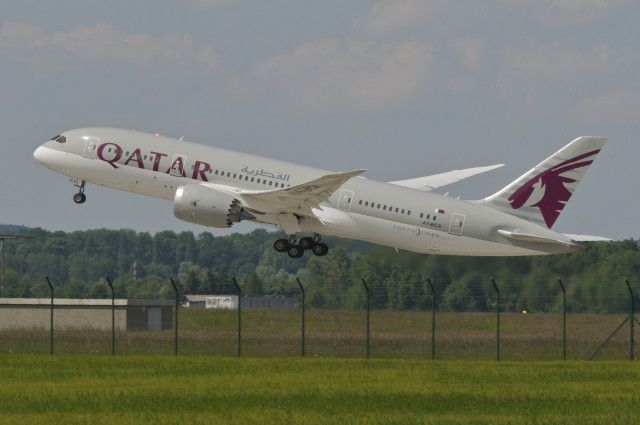 Qatar Airways’ CEO, Akbar Al Baker, has said his company plans to further expand operations in the Balkans following the launch of its Sarajevo service last week and is considering investing in the region’s hospitality sector.

Speaking to the “Aljazeera” network, Mr Al Baker said, “We still have several destinations in the Balkans which we will launch. We will announce these new destinations soon. I am not prepared to reveal them now because I don’t want to give my competition the opportunity to have an insight into our strategy”. He added, “Eastern Europe was neglected, it was an empire of the carriers of Western Europe, which used to put a lot of financial pressure on the Balkan people. We have broken that stranglehold. So now you have a world class product coming to your doorstep and making your travel very efficient and painless, to say in a few short words”.

Qatar Airways noted that its recently launched four weekly service between Doha and Sarajevo will be bolstered in the coming period, with plans to increase the route to daily and introduce the larger Airbus A321 aircraft. Mr Al Baker also sees further potential in the Bosnian market. “Qatar has a lot of investments in Eastern Europe and these investments are growing. We hope Qatar Airways itself will be able to invest in Bosnia, primarily in the hospitality sector. As I mentioned before, it is Qatar Airways’ strategy to have a portfolio of at least fifty hotels. We already have six and we hope that number rises very quickly”, the CEO noted.

He added, “Katara, which is the hospitality arm of the Qatar Investment Authority, has a lot of plans for the Balkans but Qatar Airways has its own plans. As far as I’m concerned, if I have a good opportunity in Sarajevo to either build a hotel or to purchase a property, where we would then convert this property into a five star rated hotel, we will do it. There is an environment for it”.

The Qatari national carrier has expanded significantly in the region this year by introducing flights to Skopje and Sarajevo, as well as boosting both frequencies and capacity on its services to Zagreb and Belgrade. Speaking at the Paris Airshow in June, the airline’s CEO said that “Ljubljana is being looked at” as a potential destination as well. Furthermore, Qatar Airways is also said to be considering potential seasonal services to Dubrovnik after it recently announced plans to serve the island of Mykonos in Greece, which would cater to a similar market. “This region is growing. It is becoming affluent and at the same time there is economic growth here and an airline plays a very important part in the economic growth of a country. So we intend to continue our expansion in Eastern Europe”, Mr Al Baker concluded.