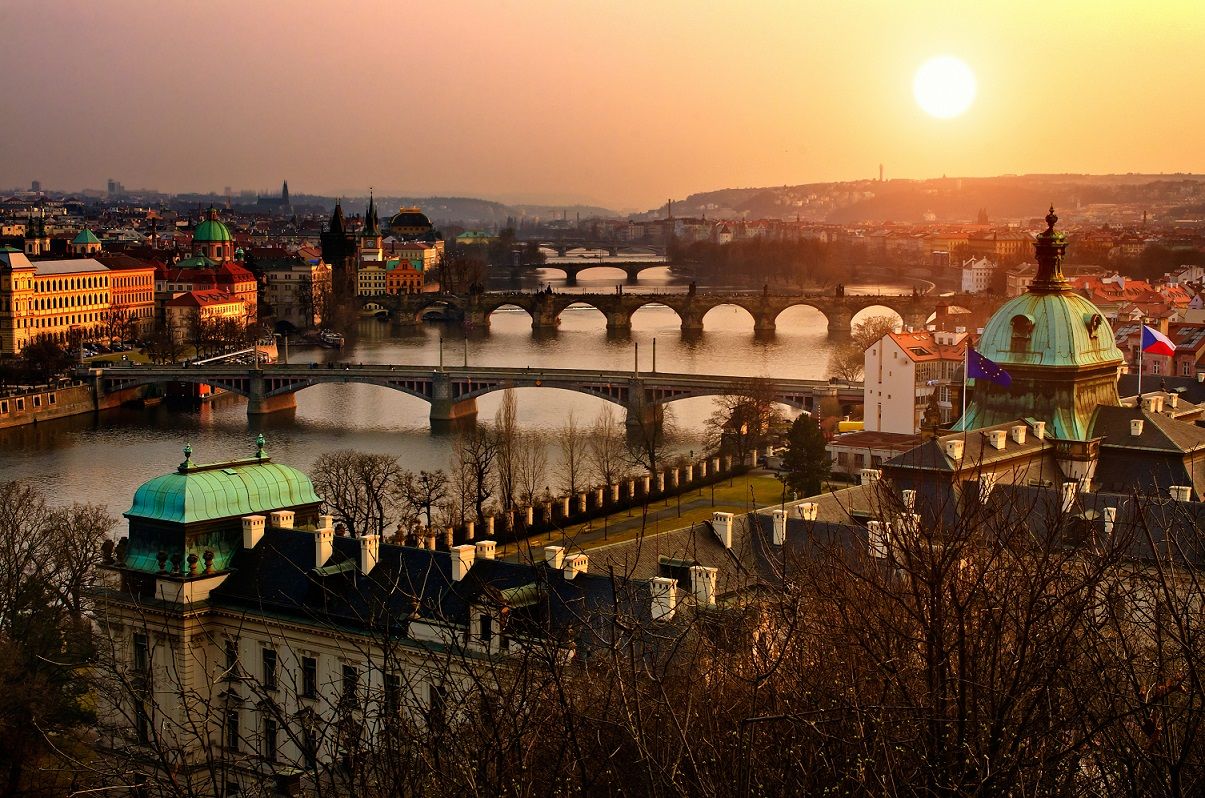 Prague has for a long time not been an Eastern European gem, but a true European tourist metropolis with a diverse and comprehensive offer, luxury hotels and sometimes too high prices. The story is reminiscent of Škoda, of which the Czechs are very proud and is one of the oldest automotive in Europe. Reputable, solid and reliable pre-war limousines were after the war changed by cars that were behind the times. Today, Škoda’s shine again and again puts the Czech manufacturer where it once was. The same can be said for the meetings industry, where Prague began to seriously falter the locations top of the European league. If we look at the position of Prague regionally, Prague certainly has all the conditions to remain one of the most popular congress destinations for a long time.

A historic city with excellent connectivity to the rest of the world and where you will find infrastructure befitting a major European capital, but with better weather and in a more interesting location. The Athens allure includes 300 days of sunshine a year, more than 30,000 hotel rooms in 439 hotels, 95,000 sq.m of conference space, 1,000+ restaurants and 200,000 flights per year. All major hotels in the city underwent a refurbishment for the 2004 Olympics. Athens is an attractive destination in its own, very special way. It is a unique combination of the old and the new, set in a spectacular Mediterranean landscape.

Today Warsaw is one of the fastest growing capitals in the EU and a city that can pride itself on a mix of new and old architectural styles. Its growth in infrastructure was strongly boosted when Warsaw was the host of the UEFA European Championship in 2012 and many new hotels were opened. The biggest congress hotel, the Hilton Warsaw with a hall for 1,600 participants, is one of the biggest in Europe, but The Palace of Culture with its 40 congress halls is also an interesting option.

It can be said that Zagreb has a great congress future. As well as Belgrade, Zagreb is also progressing steadily on the chart of development meetings destinations; the final breakthrough of the entire region is intertwined and dependent on the marketing of mayor regional congress cities in the international market. In the last ten years Croatia has radically improved road infrastructure and thus its accessibility. Significantly improved is also air accessibility via Zagreb Airport, which accepts over 40 % of all air traffic in Croatia. The hotel infrastructure with new acquisitions fully satisfies modern congress guests and is perhaps at this moment the best among regional capitals. Zagreb is a pocket-friendly destination that offers a lot for reasonable money.

In terms of congress needs, of the Baltic triplets, Tallinn is probably the most picturesque and diverse. The city has gone through many historical changes, right through from the medieval salesmen and knights of the Teutonic order, to the protestant reformation, Swedish and Russian imperialism, turbulences of both Wars and then to the Soviet Union, before finally independence and the flourishing of its IT-industry and capitalism. All of these events today create a special culture that is the basis for development of a congress industry not lagging behind the competitive destinations. The congress industry is going through a real boom and Tallinn, with this year’s EU presidency, certainly deserves a strong round of applause. Tourism is a branch of the economy that develops fast. According to the “Tallinn 2025” strategic plan, the capital of Estonia could become a centre of festival and event tourism in the Baltic Sea region.

Tallinn emerging as a culinary hotspot

A Solar Array the Size of a Football Field is Being...

Tallinn emerging as a culinary hotspot

A Solar Array the Size of a Football Field is Being...