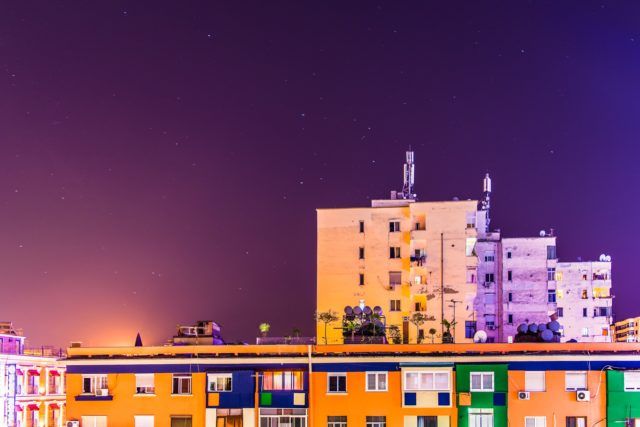 During our recent visit to Tirana, we came across some myths that circulate about the capital as a meetings destination. We must admit there are many stereotypes about Albania, but anyone who personally visits the capital of Albania quickly changes their mind. The occurrence of myths, due to centuries of isolation of Albania, is understandable, however, we believe that after reading the present article, our argumentation will shine a different light on Tirana and you will be able to classify it as a promising congress destination.

MYTH 1: There are not enough quality hotels in Tirana suitable for organising the most demanding events

BUSTED: Tirana has enough congress hotels, among which are first-class competitors that can easily compete in the most demanding international arena. Among the hotels that stand out is the award-winning Hotel Plaza, which has received numerous awards for its architectural design and is regarded as one of the best congress hotels in the Balkans. The selection of three-star and four-star hotels is also sufficient.

MYTH 2: The congress industry of Tirana is organised through the Tirana Convention Bureau

BUSTED: There is no official congress office in Tirana, but there are serious initiatives for one to be established soon. This will certainly improve the visibility of Tirana, and congress organisers will gain an independent consultant for organisation of such events.

PLAUSIBLE: It is true that you will see many of the remains of social realism in Tirana, but at the same time it is experiencing a period of remarkable blossoming and revitalisation of the city centre within the framework of the Tirana 2030 project. The central square, Skanderbeg Square, ambitiously presents a new face of the city set by former mayor Edi Rama. The current city authorities are working intensely for the new face to become a recognisable, well-established brand of the city.

MYTH 4: Tirana is the new European Capital of Entertainment

MYTH 5: The organisation of an event in Tirana presents a safety risk

BUSTED: In terms of safety Tirana is completely comparable to other European cities, and the friendliness of its inhabitants exceeds all expectations. You will also soon get used to the slightly wilder traffic. Even late into the night, a sense of safety is completely comparable to any other European city and we are positive nothing terrible will happen.

MYTH 6: Tirana is the new creative and start-up capital of Europe

CONFIRMED: Each year public and private universities in Tirana educate 7,000 professionals from the field of creative industries. Their creative potential creates a number of start-up companies that fall into the European top. The supporting environment is also in favour of entrepreneurship, as you can launch your start-up in one day for the initial capital of 1 euro.

MYTH 7: Incentive programmes in Tirana are not developed

BUSTED: DMC Agencies in Tirana have developed a number of incentive programmes that can be combined into different lengthy programmes. These vary from culinary adventures to exploring the socialist past and adrenaline experiences. Check agency programmes such as Albania Holidays DMC and others. In addition, Tirana is full of special venues that will leave your partners speechless.

MYTH 8: Tirana is an overlooked destination from the meetings tourism point of view

CONFIRMED: It is true that most European event organisers have no idea about Tirana’s meetings offer. However, it is a city for which we predict a bright future. In our opinion, it will be one of the fastest growing congressional cities, because of the competitiveness of the offer and the innovations in the market. It is time that the ignorance of the international congressional community ended.

MYTH 9: The organisation of events in Tirana is cheap

CONFIRMED: Tirana is one of the few European capitals where according to Business Insider magazine, you need 673 euros a month, which is less than 1/3 of London’s monthly costs.

MYTH 10: Albanians are not good hosts

BUSTED: You will easily make friends with Albanians because a word or two in Albanian opens the doors quickly. The younger generations master English and communication is not a major problem. Albanians are friendly, lively and pleasant hosts who will do their best for your event.