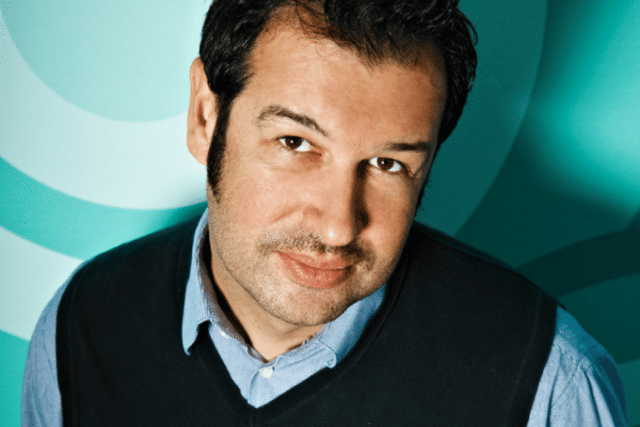 Boris Kovaček is a co-founder and co-owner of Croatian event agency Pepermint. He is also the executive director and co-owner of the Weekend Media Festival as well as Project Manager at the World Handball Championship, the European Water Polo Championship, Terraneo Music Festival, Asian Beach Games 2010. Before Pepermint, he built his career at EPH, DA! and as DJ in Zagreb clubs. His last major project was launch of the first amusement park in this part of Europe. Fun Park Biograd was opened in 2017.

Q: You have started in the event industry as a light technician in a disco club, if I am not mistaken. How has your path then developed to the place in which you are now?

As any other young man, I had many part time jobs during my student days. Waiter, furniture delivery, help in the kitchen etc. But the first job that I really liked, was being the light technician in a club. It might sound stupid, but it really is a creative job where you get an insight into the club’s organisation and business models. Light equipment was really primitive and analogue at the time. During that period, I met Tomo Ricov who is now my partner in Pepermint. Actually, I met him on my first working day, or should I say ‘first working night’ and then I was promoting his club nights. After a few years, he offered me to use his music for DJ-ing. I was a part of Zagreb’s clubbing scene for ten years and I worked in famous clubs like Kulušić, GjuroII and Hard Rock Cafe Zagreb. I was cofounder of Subculture, the first magazine for clubbing culture and music in region. Fun times…

My first ‘real’ job was in Europapress Holding (EPH), the most important publishing house at the time. My first job was Auto klub and Playboy promotion coordinator; probably a dream job for any 20-something-year-old. But most important role I had, was being a deputy of promotion director for Jutarnji list. I was involved in all big events as Jutarnji was the media partner for all of them: Motovun Film Festival, Ulysses Theatre, Dajmo da čuju humanitarian campaign, Simoa OK Supershow, bunch of music festivals and concerts … My baggiest accomplishment at that time were promotional games for Jutarnji list where we doubled sales and made history in the industry.

After EPH, I have joined my friend Tomo in event agency DA!, part of the Digitel Komunikaccije, the largest communication group at the region at the time. We moved to event organising business from clubs and we still think of events as club nights that have to have a mixture of people, a mixture of music, and an idea behind it. Main thing for us was to have a satisfied client, happy guests and to enjoy and have fun while doing our job.

Q: Through all these experiences, what or who has been your greatest inspiration and why?

Urban, pop culture has always been an inspiration for me. If you want to learn about culture, you have to travel and learn. Discovering new places, art and experiencing other cultures is making me better in my business and event organization. It is also very important to understand how things work in order to use them in the right way. We have to understand technology. That is why curiosity is an important part of my professional path.

“Urban, pop culture has always been my inspiration.”

Q: In 2008, you started the Weekend Media Festival, which now counts more than 5000 participants from 150 countries annually. How did you come up with the idea for such a festival?

My partner Tomo was the head of TV Production Company and he was visiting many festivals (Cannes, Picnic…). We realised that wherever he went, people from the region were hanging out together trying to learn what was going on in their neighbouring countries. That was the idea … to connect regional professionals from the media and creative industries in one place. In Weekend, we implemented our way of doing events and it was a success from day one.
We detected the need on the market and created the idea to cover large portion of the market and different target groups. Media, marketing and creativity are parts of any industry. Another important thing are our partners Adris and the city of Rovinj. Rovinj is one of the most beautiful destinations on our coast. We grow together and introduce it as a congress destination.

Q:  How did the development of such a festival in this region went? Have you hit any obstacles? And where has the support come from?

Thanks to our partners, sponsors and friends, we were growing for 20-30% annually. I do not like to talk about obstacles, though, as they are just a part of life.

“Discovering new places, art and experiencing other cultures is making me better in my business and in event organization.”

Pepermint was born with Weekend and very soon after that the crisis hit us. Event business was hit hard, we lost 75% of our budgets. We re-invented our company and changed it from event management to project management. We had to change in order to stay alive; and we succeeded. Since then, the Pepermint has managed projects like Asian Beach Games in Oman, European Water polo Championship, Terraneo Festival, Božićna bajka on Zagreb Advent and many others …

I think that the event industry is rising again, and I can see a great future for it, especially in the congress organising segment.

Q: What do you see as the biggest challenges for your company inside the event industry in Croatia and in the region?

Our biggest challenge is to stay fresh and to understand what clients need. Second one is to keep up with technology and use it to involve participants in creating events.

“I would build bigger facilities and halls on Croatian coast.”

Q: If you could change anything in the meetings and event industry, what would you change?

I would build bigger facilities and halls on Croatian coast. This is key for longer season.

Q: How will event planning, by your opinion, look like in the future?

My brother is organising events for pharmaceutical industry named The Future is Now. I think that it is true. We have to change every day but still keep our standards and stay true to ourselves.

Q: You mentioned in our interview ahead of Conventa Crossover that creating Weekend Media Festival Hawaii should be THE thing that you would like to cross off from your bucket list by the end of 2018. Have you succeeded?

Hehe, Weekend Media Festival Hawaii is a dream and every boy has a dream!