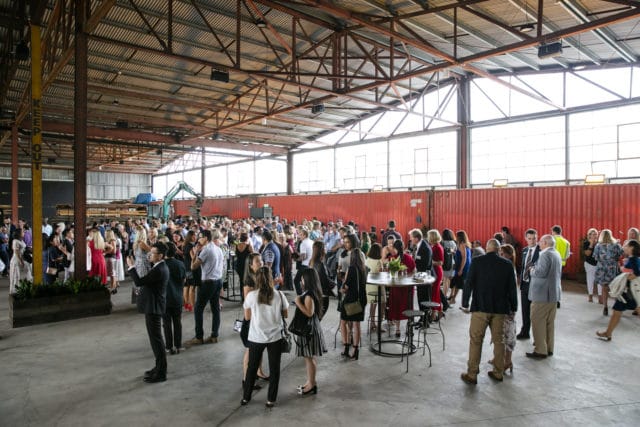 “Melbourne has been ranked the number one sustainable city in the Asia-Pacific region for business events.”

“Melbourne has been ranked the number one sustainable city in the Asia-Pacific region for business events in the Global Destination Sustainability Index (GDS-Index) for the second consecutive year. MCB actively contributes to, and promotes, the city’s sustainability credentials to the business events industry in Australia and globally, and we are proud to partner with The Timber Yard.It is venues such as this – built on the philosophy of recycling, up cycling and bringing people together for amazing business events, that hopefully contributes to Melbourne retaining the number one title for a third year to come,” Ms Bolinger said. Guests were also welcomed by City of Melbourne Lord Mayor, Sally Capp, who acknowledged the success of MCB in capturing the pulse of the city through their Uncover Melbourne program.

“Melbourne offers a wide range of immersive experiences which delegates are looking for. The MCB has an incredible knack in showcasing our city, which contributes to ensuring Melbourne remains one of the world’s leading business events destinations.”

Representing Melbourne to an international audience at the highest possible level, Showtime Event Group were welcomed back for the second year running as the as the exclusive caterer for this event, with furniture, styling and event production executed by Harry the Hirer, and entertainment provided by Solution Entertainment, all proving their creativity, adaptability and professionalism. “Melbourne is renowned as the events capital of Australia and MCB plays an important role in demonstrating this to the business events sector. Connecting our long-time partners with our newest provided a great opportunity to showcase their ability and Melbourne’s business events flair,” Ms Bolinger said.
“It’s important for MCB to unearth new and exciting venues and connect them with other event innovators.”

Showtime Event Group General Manager, Brad Dabbs said that this event in particular is important for us to showcase what we can do for the business events market, a sector that Showtime Event Group heavily invests in. “When MCB asked us to partner on the Hosted Buyer Cocktail Party for the second year running, we were pretty excited to put forward The Timber Yard.”