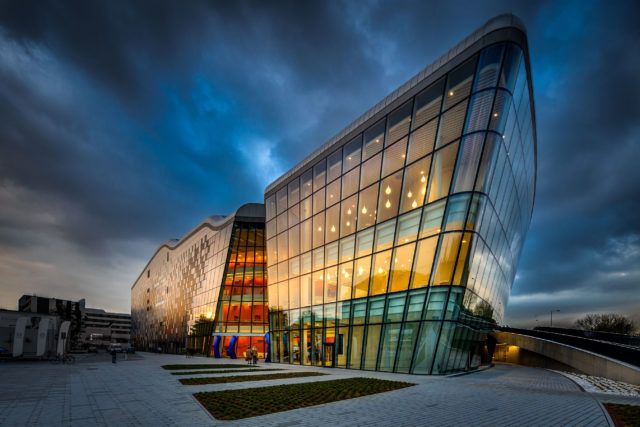 Multifunctionality, reliability and diversity. These are the three words that most accurately describe the activities of the ICE Kraków Congress Centre in 2018. Congresses, concerts, performances, industry meetings and finally marketing events – last year, the facility was visited by more than 255,000 people during 200 events.

From the very beginning, the building has been called the “business and cultural showcase of the city”. After nearly 4.5 years of events of great diversity in terms of programming, logistics and technology, it can be said that this was not an exaggeration. The opinions of clients and event guests are the best recommendation not only for ICE Kraków, but also for the city of Krakow itself, which is more and more often referred to as the “city of congresses”.

RESEARCH ON THE MEETINGS INDUSTRY IN KRAKOW

According to the statistics of events that took place at the Congress Centre last year, the facility calendar is dominated by cultural events. However, it is the events held almost at the foot of Wawel Hill that bring more and more benefits to the city. This is confirmed by the studies on the economic impact of the meetings industry on Krakow’s economy presented in December 2018 by the Małopolska Tourist Organisation, a team of experts on Krakow tourism from the Krakow University of Economics, as well as the City of Krakow. The participants of the business events spent a total of PLN 1.4 billion, while the meetings industry generated nearly PLN 2.2 billion of GDP, which accounted for 3.38% of the GDP of the entire Krakow economy for 2018. This is why the operator of the facility, the Krakow Festival Office, plans to increase the number of business projects carried out at ICE Kraków in the coming years.

GLOBAL AND EUROPEAN CONGRESSES AND CONFERENCES

In 2018, the ICE Kraków Congress Centre hosted, among others, the following congresses and conferences:

These are just some of the events that took place in Krakow last year thanks to the close cooperation of representatives of the meetings industry, the Krakow Convention Bureau and ICE Kraków. However, it is also worth noting the events for which the Congress Centre has become a permanent location. These include the economic congress Impact’18, the Open Eyes Economy Summit, the CYBERSEC European Cyber Security Forum and the prestigious meeting of cardiologists – New Frontiers in Interventional Cardiology. This list also includes Digital Dragons – the largest event in this part of Europe devoted to the video games industry, the annual conference of the ASPIRE Association and the European Congress of Local Governments held here since the beginning of ICE Kraków.

HOME OF CLASSICAL AND ENTERTAINMENT MUSIC

However, 2018 was also a year of prestigious concerts and world-class stars. Last May, during the Film Music Festival in Krakow, the Auditorium Hall of the Congress Centre gained a distinguished patron – the outstanding composer and conductor Krzysztof Penderecki, who also celebrated his 85th birthday last year. The fact that the maestro agreed to the hall being named after him is the best recommendation for the events taking place here. As he emphasised himself, classical music, which he creates and with which he is associated, should not be the only thing played in this hall. Events in the hall named after him should provide participants with unforgettable experiences and many emotions. That is why ICE Kraków is the home of classical and popular music, and the wide repertoire makes it possible for everyone to find an event that suits their tastes and preferences. Among the stars that Cracovians and tourists could see here, it is worth mentioning the artists presenting their works during the ICE Classic series of concerts. These included singer Elīna Garanča, violinist Anne-Sophie Mutter and conductor Kent Nagano, who led the famous Orchestre symphonique de Montréal.

It was here that the Labèque sisters played together with Sinfonietta Cracovia, the DMKS Foundation invited audiences to a concert of the World Doctors Orchestra, during which over 50 doctors from different countries played for people suffering from leukaemia, and Ian Bostridge and John Butt together with Dunedin Consort presented George Frideric Handel’s Ode for St Cecilia’s Day during the Misteria Paschalia Festival. During the Opera Rara Festival, organised by KBF together with Capella Cracoviensis, Michael Nyman’s contemporary opera The Man Who Mistook His Wife for a Hat was presented. Finally, during the world-famous Film Music Festival, at the Scoring4Polish Directors gala dedicated to the work of Agnieszka Holland, one could hear the suites from Spoor and In Darkness, composed by Antoni Komasa-Łazarkiewicz, and during the Penderecki2Cinema concert, Concerto for Trumpet and String Orchestra by Elliot Goldenthal, the American Oscar winner and the first winner of the Kilar Prize.

However, the professional implementation of these events would not have been possible had it not been for the growing and consolidated industry and service providers in the MICE sector. The platform for exchanging knowledge and contacts is the Kraków Network business initiative, established by the Polish Financial Supervision Authority four years ago, which unites entities operating on the meetings industry market in Kraków. Educational workshops, which take place every quarter, as many as six thematic groups and nearly 400 participants working simultaneously on current challenges – this is how the character of the Kraków Network functions can be briefly presented. The collaboration of hoteliers within the Hotel Group, representatives of restaurants and caterers in the Kraków Food Network Group, the PR Group, the Kraków Congress Ambassadors Club, the Kraków Future Lab Group dealing with innovations in MICE and, finally, the newly formed Event Group bringing together event agencies and service providers, shows that joint actions among potential competitors are possible and, what is more, also effective. The development of the initiative provides Krakow tangible benefits and a chance to present itself on the international arena as a responsible and comprehensive congress destination. This was also noticed by the industry magazine THINK MICE, which in the December issue described the “Krakow MICE method” on the basis of the model of the Krakow Network.

Ivan Burazin: “Every crisis leads to change and leaves space for tremendous growth”