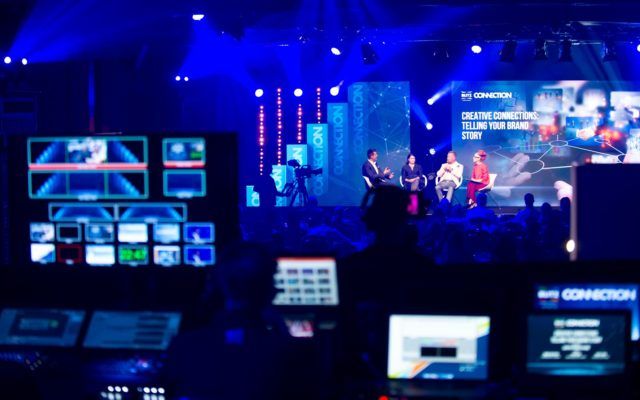 Will Glendinning, former creative lead at a global brand event agency, Imagination, and author of two books ‘The Ultimate Guide to Event Management’ and ‘The Facts of Live’, gives us some tips and insights ahead of his talk at next week’s Blitz Connection event.

Q: Can you sum up why you love live events in five words?

Q: What was your most ambitious event to date and why?

Practically, it was the Tour de France in 2007, which started in London and Kent. We closed down lots of London and southeast England for the race and at the time there wasn’t a blueprint in place for this scale of an event, as it was pre-Olympics (Note: the event was later recognised in Parliament as a model for the 2012 planning). We had more than 20,000 people working on the event too!

Creatively, it was the London 2012 Festival which formed the cultural side of the Olympics. We had a team of people working specifically on creating ideas for the free outdoor arts festival. We probably spent a good year working on it and making sure we had to make sure we a wide variety of creative events for the 7-week period over the summer.

Q: How do you deem an event a success?

If the client who tasked me with the event gets what they want from it, then they can deem it a success. I can have an opinion on how I think it went but it’s really dependent on what the event sets out to do.

Q: Organisers are always looking to offer more creativity in events, but budgets are a big barrier. What are your tips for overcoming this?

My view is that creativity doesn’t cost big money as such. Companies need to find creative talent and nurture it. Go to any degree show and you’ll great design and ideas being done on tiny budgets. Creativity is not a function of money, but a function to talent and having the right environment for that talent to thrive in. You get out what you put in and if you’re doing what everyone else does, you’ll look like everyone else. If you have a balance of people then it works; have the people with the ideas that might not have the experience of the event, alongside the people who produce the events, and have the experience.

“Learn or explore how to nurture creativity rather than just curate or iterate versions of what has gone before.”

Q: What challenges do you think event professionals face today?

Budgets and ideas/creativity seem to the challenge. I see so much money wasted though through ineffective or inappropriate procurement that creates the illusion of value rather than actual value – so I would address this issue. And quite often people keep looking in the same places for new ideas, creativity and innovation, which is why so many events look so similar and why people seem to see creativity as a challenge. Learn or explore how to nurture creativity rather than just curate or iterate versions of what has gone before.

Q: Finally, for anyone new to the industry, what would be your biggest piece of advice?

A lot of people say they want to work in events – so I suggest spending the time looking at what it is you want to do in the field of events, as ‘working in events’ could mean anything.

Many people gravitate to wanting to organise or produce events, but there’s an abundance of such people out there. That’s not to say there isn’t room for more, but the real value and opportunity is in creativity and ideas.

Also, understand the industry they choose to go into, too. A chef couldn’t come up with an amazing menu if they don’t first master the craft of cooking, so it would be unreasonable to be able to expect to do amazing things with events until you’ve first understood or mastered the craft or discipline of the trade and business you’re entering.

Maarten Schram: “We have to deal with a new reality”