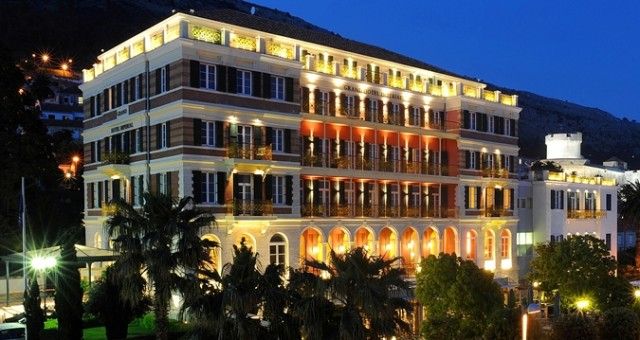 It is difficult to describe a hotel that is something of a tourist icon in an exceptional site and in an exceptional place without leaning on superlatives. The hotel continues the tradition of the hotel that broke ground at this location in the tourist boom in 1895. Now the Hilton Imperial, it is the oldest hotel in Dubrovnik, which this year celebrates its 118th birthday. The timeless views over the Dubrovnik walls has been impressing international guests since 2005, when the hotel began to shine in a new incarnation under the Hilton hotel brand.

Situated just metres from the Pile Gate, the Hilton Imperial Dubrovnik hotel is ideally located for exploring Dubrovnik Old Town, a UNESCO World Heritage Site. In addition, the bus hub is at the hotel’s doorstep, allowing you to easily explore other parts of Dubrovnik. In recent years, Dubrovnik has become an aviation destination and hardly a week goes by without the announcement of new air routes into the city. More problematic is car accessibility, since the planned highway has now been postponed, although the problem of accessibility is only in high tourist peaks in mid-summer. For those making it by car the hotel has its own hotel garage.

An elegant hotel in a prime location with an outstanding tradition. It is modern and traditional whilst at the same time being very tastefully designed. With clever housekeeping details and discreet lighting it seduces guests into the world of top-quality hotels. When you enter the hotel, it is clear that every detail is carefully planned and thought out. The Lobby bar is an institution that transports you to the era of the golden cafes. The architecture exudes warmth and a sense of wellbeing is guaranteed.

Some things never change, and the welfare of guests always takes pride of place in this hotel. A personalised service and attention to the smallest details is especially noteworthy. Breakfast on the terrace – freshly squeezed orange juice and espresso better than in urban cafes – overlooking the city walls is a priceless moment. The diversity and at the same time consistency of the offer along with incredible tastes are qualities that are memorable.

Hotel Imperial was the first Dubrovnik Hotel with electric lighting, central heating, running water, a lift and all the luxury of the time. After a thorough renovation, it’s now back in top form. The rooms have an average area of 32 m2 and all of the equipment is in line with Hilton standards. This includes the executive floor and lounge, where guests can enjoy snacks, international newspapers and other superior services. Top business centre possesses seven meeting rooms and a large conference hall for up to 260 participants.

Perhaps just the high prices in high season, which are not in accordance with the policy of four-star hotels of some corporate clients.

The above average friendly and professional staff of the hotel.

A few years ago the hotel won the award for the leading hotel in each brand of the Hilton Worldwide chain – Connie Award. It has convinced us with its luxury and superior level of customer service. A hotel with a soul that speaks for himself is also an excellent choice for congresses if your budget allows it. The hotel has witnessed many historic congress events and banquets, which will not disappoint you even today. It is a hotel institution with a soul.