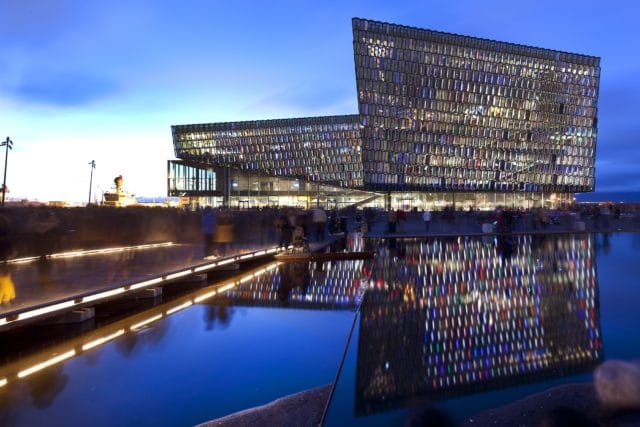 If you’re thinking about visiting Reykjavik in December 2020, you might like to know that it’s going to be bustling with the European film elite. Now that it’s been announced by the European Film Academy that the European Film Awards will be hosted in Reykjavik, it’s not too early (or too late) to plan and book your future visit during that time. About 1400 industry people and journalists from other European countries are expected to infuse their presence in and around our Capital city.

The myriad of events will add a fun art buzz and you might find yourself rubbing elbows with European talent and producers, alike Iceland’s most known director, Baltasar Kormákur. The ceremony will take place at Harpa Concert Hall and Conference Centre, as will various events and functions related to the European film industry. It will be an exciting time and grand addition to all the events that Harpa has produced over the years. Designed by Olafur Eliasson, Henning Larsen Architects, and Batteríið Architects, Harpa Concert Hall is an ideally artful and statuesque venue situated by the Atlantic Ocean and graced by the juxtaposition of mountains and city life.

Reykjavík competed against two other European cities for the event and Meet in Reykjavík led the bidding process alongside stakeholders from both the public and private sectors in Iceland. Excited to win the prestigious honor of hosting the event is Thorsteinn Orn Gudmundsson, the Managing Director of Meet in Reykjavík, as he commented, “We can add this to a long list of Harpa Concert Hall and Conference Centre success stories. This unique architectural gem is the main reason why we can compete for events like the EFA awards”.