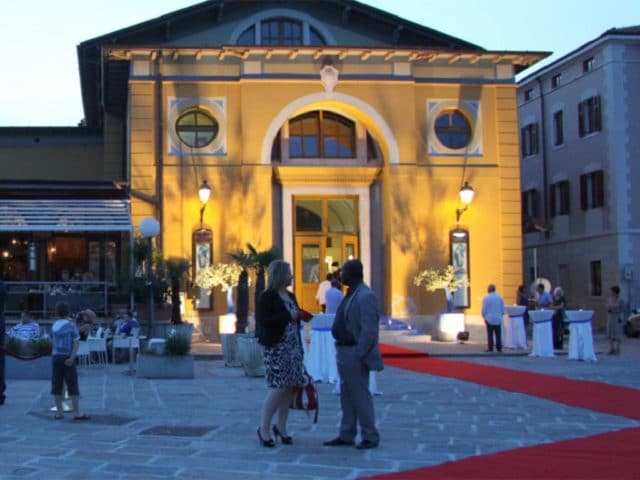 Run by the Portorož Auditorium and located in the coastal town of Piran, the Tartini Theatre is a multi-purpose venue for various cultural events, including concerts, exhibitions, film screenings, musicals, dance performances and – naturally – theatre plays. Occasionally hosting festivals like the Festival of European and Mediterranean Film and the Piran Musical Evenings, it is also used for conferences, symposia, seminars, presentations and receptions. The theatre has a capacity of 263 seats within an area of around 350 square metres.

Set on a prominent location in the centre of Piran, the building itself is a fine example of a fin-de-siecle gesamtkunstwerk, created in around 1910 in mixed Historicist and Secession styles by Trieste architects. As there were no regular theatre ensembles in Piran, the venue was soon used as the main venue for events of a public nature, from dances to cinema screenings. It has retained this character up until today.