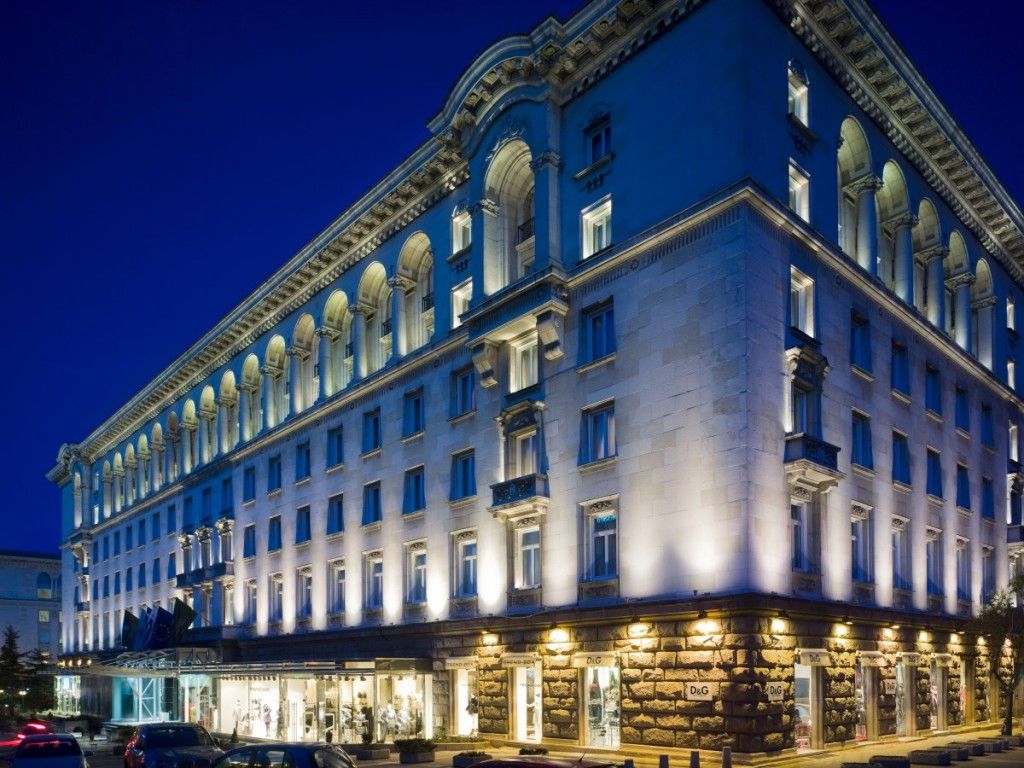 HOTEL CHARM OF THE COLD WAR

Set in the very heart of Sofia is one of the city’s hotel icons. It was built in monumental style between the years 1954 – 1956 as a hotel for the members of the former Communist Party. In 1986, after an extensive renovation, it opened as the first hotel in Eastern Europe, which has become part of an international hotel chain. Due to the neighbourhood of the Presidential Palace, it is also the centre of political, protocol and social life in Sofia. Sofia does not appear as the most beautiful or most tidy European city, but life in the city is definitely dynamic, colourful and full of contrasts, and one of the centres of the city’s business and convention life is definitely the Sheraton hotel. Because of this, staying at the hotel seems like such contact with the history of this city.

The hotel is located next to the Serdika metro station and from the hotel, you can go to all the main sights of the city on foot. To the renovated airport it is about 20 minutes by taxi (beware – taxi drivers are true masters of price flexibility!)

Thoughtful luxury and pomp define the monumental architecture of the hotel, which is already on the exterior giving the impression that in the hotel and in the rooms there is plenty of space. In this area, the hotel does not disappoint: the polished exterior is continued inside the hotel, appearing self-confidently with luxurious furniture and flooring, but the general impression, however, is somewhat spoilt by the substantial fatigue of the hotel, especially in the guest rooms.

Staff varies from professionally cold to occasionally friendly in behaviour. In this area, there is still a lot of room for improvement, especially at the reception. The hotel breakfast is solid, but still it does not reach the level of expectations from a five-star hotel. Also missing is a greater emphasis on local cuisine. The hotel restaurant is solid and not too expensive, but it does not offer culinary extras for which one might remain at the hotel for dinner.

Rooms are large in terms of floorspace and with unusually high ceilings that enhance the feeling of spaciousness. The beds and bathroom are solid, with historical furniture already calling for restoration. Otherwise, the hotel equipment in the rooms does not lack anything you would expect in a hotel of this category. The cleanliness is also at an appropriate level. Alongside the Convention centre on 1,500 m2 of space, the largest banquet hall can receive 720 participants, which is also accompanied by two medium-sized ones for 240 participants and a series of smaller meeting rooms. The functionality is at a level that is expected from the Sheraton Hotel.

Casino and night club for gentlemen as a hotel specialty.

Payable internet in the rooms is today unacceptable for conference guests.

Value for money – really good value in terms of prices, which for the average European taste are really moderate.

Extremely practical classic hotel, which has recently received numerous competition. The question remains of what, in addition to its central position, differentiates the hotel Sheraton from contemporary competitors. If you’re a fan of minimalism and the latest hotel fashion then this hotel is not for you. It is a traditional hotel with classic charm, felt at every step after entering the hotel lobby. However, for the hotel to keep pace with the competition it will need cosmetic refurbishment in the rooms.