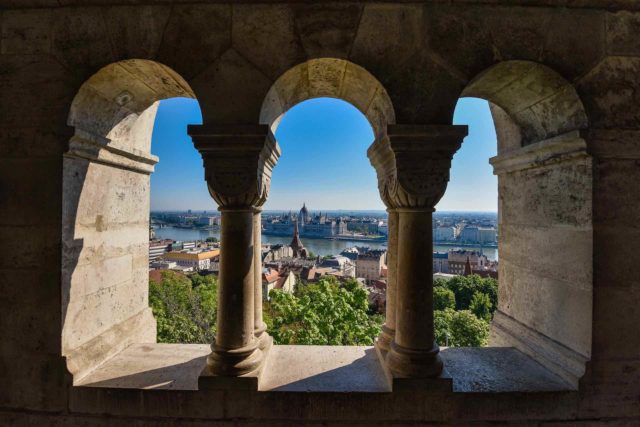 Congress Queen Of The Danube

In a city with over 1,7 million inhabitants, novelties in the hotel and congress industry are constant. In addition to the numerous hotels and special venues, many urban centres have emerged in the past few years. You will see them come alive if you visit the city in the summer days. Local meeting professionals will tell you that they miss a true congress centre, but Budapest, with an array of congress hotels and exhibition centres, hosts an increasing number of international congresses each year. On the Buda, and the Pest side, connected by the imposing bridges above the Danube, you are sure to find a venue that suits your needs.

Quite a few important congress hotels and special venues had undergone substantial renovations in the last couple of years. In 2018, the Hilton Budapest with 333 rooms and a 600-pax event capacity was thoroughly renovated. The Budapest Marriott Hotel, one of the largest hotels in the city is also getting a new look. In addition to the larger hotels, the boutique hotel offer is also diverse. One of our favourites is the luxury boutique Aria Hotel Budapest, where the cohesive thread is music. The music follows the guests from the lobby, where they can access a digital music library, to the rooms, named after world-famous musicians and equipped with top-of-the-line multimedia equipment. Meeting planners will appreciate the hall for 40 participants and the High Note Sky-Bar with gorgeous views of the city. With over 250 m2, it is a wonderful venue for receptions. Equally impressive are also the special venues that we had the privilege to see, guided by the Association of Hungarian Tourist Guides.

Inside the Museum of Fine Arts, re-opened in 2018 after 3 years of renovation, you can admire beautiful ceiling paintings in the famous Romanesque Hall. The Romanesque Hall is perfect for gala dinners and other ceremonial events for up to 300 people in banquet set-up. Another special historical venue is the Pesti Vigado, near the Budapest Marriott Hotel. It is a cultural and exhibition centre, hosting its own events, capable of hosting conferences, banquets and receptions as well. The Ceremonial Hall can host up to 600 guests in a theatre set-up. On the “Buda” side of the river, the Castle Garden Bazaar (Váarkert Bazáar) provides a modern multi-functional hall inside a historical building, surrounded by terraces built in a Neo-Renaissance style. The hall can host 700 participants in theatre set-up and can be split into 3 smaller halls. It also has a giant 880m2 lobby.

Undergoing 4 years of renovation, the prestigious 5-star Párisi Udvar Hotel Budapest by Hyatt had opened its doors to the public this year. A former art nouveau shopping arcade, the hotel is a combination of Moorish, Art Nouveau and Gothic style. The resurrection of the historical building took over 70,000 hours of renovation and restoration. Elements that could not be restored, such as the ceramic trim around the windows inside the staircase, were all made brand new. The passage has been transformed into a unique hotel lobby, simultaneously serving as a cafe and hotel restaurant. The doors of the hotel are open to local residents, who fondly remember times before the renovation. The hotel has 110 rooms, amongst which are also luxurious suites with terraces on the top floor. These suites offer unrivalled and spectacular views of Budapest. There is 300 m2 of space dedicated to meetings and events in 4 halls. The largest one can accommodate up to 90 participants. There’s a spa centre and more active guests are also invited to try out the modernly-equipped gym. The hotel’s location near the Danube river opens many opportunities to explore. It’s a stone’s throw away from all the major sights and shopping streets.

Budapest was home to many inventors. Rubik’s Cube, a cube-shaped puzzle, that was a “must-have” toy for all generations in the ’80s, was invented in 1974 by Ernő Rubik, a professor from Budapest, wanted to help his students understand three-dimensional problems. He became the first self-made millionaire from the communist block. Later on, he established a foundation to help promising inventors in Hungary.

“What about a gala dinner party with crystal glasses in a ruin pub of a thousand colours?” is what the Budapest UNDERGUIDE DMC asks. An experienced team will find a special and unique venue for your incentive in one of the extravagant “ruin bars” in the old Jewish quarter. Each of the bars in the ruins of abandoned buildings and stores is unique, with a mixture of flea market furniture and many “retro” details that makes you smile, feeling nostalgic and creates a laid-back atmosphere.

The perfect gift is hiding in Budapest’s Great Market Hall. Here you will find real local products from paprika to linen, lace and pottery, famous Hungarian salami, Tokaj wine and Palinka. In 2019 the Hungarian Tourism Agency created a new brand concept for promoting Hungarian wines. Their goal is to present Hungarian wine as a world-class product and encourage people to visit all 22 Hungarian wine regions.

The Hungarian capital can be best understood from a bird’s perspective. It’s why roof-tops have become popular venues for relaxed events, especially in the warmer months. We’ve already mentioned the terrace of boutique hotel Aria which also offers some covered space in case of bad weather. For more prestigious events, we recommend one of the suites in the Párisi Udvar Hotel Budapest, where you will find yourself in the midst of an architectural pearl. The Marriott also has a terrace. But not any terrace. It’s a terrace where Freddy Mercury sang to a group of friends on the occasion of his famous Budapest concert in 1986. The most popular terrace in the city has to be the 360Bar, accessible from one of the busiest streets in Budapest, Andrassy Avenue. It’s a paradise for enjoying cocktails accompanied by the beats of resident DJ’s.

OFF THE BEATEN MICE TRACK

Hungarian wines are a perfect gift, and we recommend that you visit one of the well-known wine regions called Etyek, only a 30-minute drive from Budapest. You can even take a ride in a unique Eastern European retro car, Trabant and experience a “Trabi Rally”. Visiting different wine cellars and tasting excellent wine shall be accompanied by some home-made cuisine and delicacies offered by the local ham and cheese masters.

Hungarian cuisine is often recognised solely as goulash and peppers, but Budapest as a true European capital offers much more. There is something special about romantic dinners on the ships on the Danube, where many tourists love to come. Even street food lovers will find something that suits their taste, including the traditional “langos”.

We were in search of something truly special and came across Tamas Szell and the restaurants Stand and Stand25, which are run by Tamas and his wife. When asked about their restaurant and work, they said: “The joy of cuisine is taken as seriously as possible”. Tamas’ cuisine is influenced by traditional Hungarian cuisine, but by using only fresh and local ingredients, he takes his food to another level. On meticulously plated dishes, you will find just the right balance of colours, creativity and flavour. Because of this, his restaurant earned its first Michelin star a year after opening.