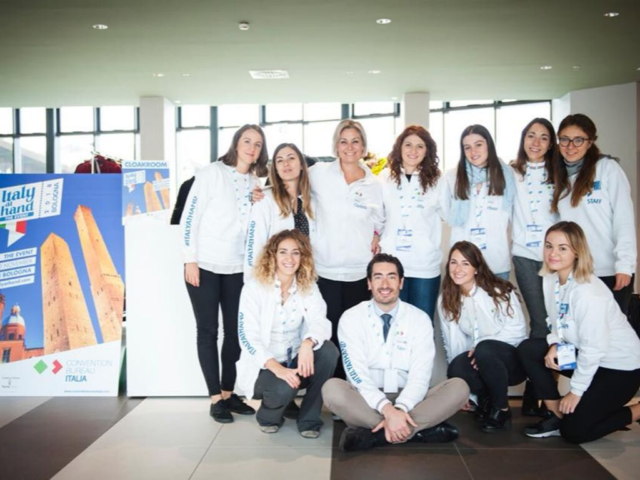 “We are proud of the result obtained which demonstrates the validity of our project.”

Italy is among the 3 finalists of the ICCA Best Marketing Award 2019, one of the most prestigious awards in the international MICE scene.

The award which was launched for the first time in 1997 by ICCA – International Congress and Convention Association – is presented every year to the best and most innovative marketing project in the international Meeting industry. MICE organizations from all over the world participate in the ICCA Award, presenting projects with cutting-edge marketing strategies with which to promote the Meeting Industry.

This year Convention Bureau Italia also applied for the Award, succeeding in being one of the 3 finalists, together with the Estonian Convention Bureau and ICC Sydney. The winner of the ICCA Best Marketing Award 2019 will be announced during the annual Congress, to be held from 27 to 31 October in Houston. The award ceremony is scheduled for the morning of October 29th at the Marriott Marquis Houston, when ICCA participating members will be asked to cast their votes for the best project.

“We cannot but be satisfied” – says Carlotta Ferrari, President of CBItalia – with the results obtained. “We can claim to be the first in Italy to create a MICE communication campaign. In addition – continues Ferrari – the project highlights CBItalia’s great skill networking with its members, a quality that ICCA has also recognized by selecting us as finalists for the prestigious Award for 2019. Italy at Hand is the demonstration that, if the community is a network, ambitious goals are attainable. We were sure of the validity of our project, and ICCA confirmed it by recognizing us among the finalists,” concludes the CBItalia President.

The project that CBItalia presented with great success is Italy at Hand – Hand in hand, together we win!. Conceived in 2017 as a communication campaign, Italy at Hand immediately set itself the goal of involving the entire Italian Meeting Industry, fostering collaboration between the various Destinations and raising Networking opportunities.

The first testing ground was the creation of a contest for CBItalia related agencies: the result was the transmission of subjects that engaged the members, making them feel part of an inclusive and virtuous network. In a short time, Italy at Hand campaign became viral.

The second step was the making of a Film, Italy at Hand – The Movie, which narrated the values ​​of the Italian events industry through music and images, and capable of representing it appropriately to the world. Again, in this case, the direct involvement of the members played a fundamental role: the Destinations, in fact, were called upon to produce, following on CBItalia’s example, a small movie representing their location to highlight their values ​​and characteristics. Tuscany MICE, Firenze Fiera, Bologna Convention Bureau, Rome Convention Center, Eventing Milan, and Genoa Convention Bureau participated in the project. For the first time in the Italian Meeting Industry, all the Destinations spoke the same language, under the aegis and thanks to the coordination of CBItalia.

The last stage of the project was the realization of Italy at Hand, The Event: the communication campaign took physical form, becoming an annual travelling event (with the first edition in Bologna in 2018). This year it will be in Rome from 7 to 9 November.