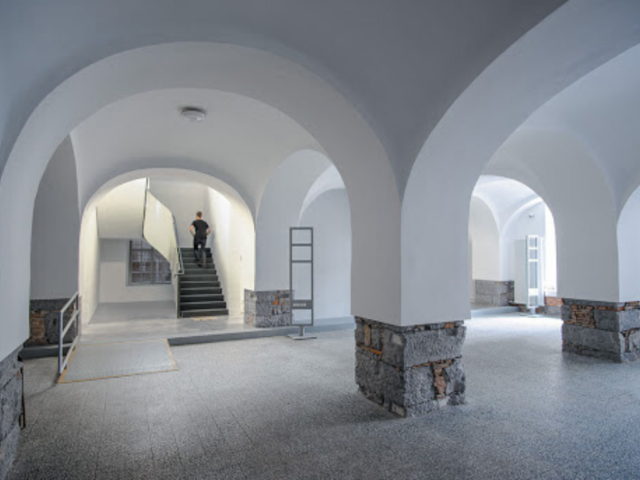 ONE OF RIJEKA’S MOST ACCLAIMED MUSEUMS

The Museum of Modern and Contemporary Art (MMSU), founded in 1948 as a Gallery of Fine Art, opened its door to visitors in the Governor Palace, then the City House of Culture. In 1956, it moved to the second floor of the University Library in Dolac Street, where it remained until 2017 when it again moved to a brand new building of ex-industrial complex Benčić. Apart from that premises, the Museum also manages a small salon Gallery at the Rijeka main street Korzo.

As a Gallery of Fine Arts and under the names that followed (Modern Gallery, Modern Gallery of Rijeka – Museum of Modern and Contemporary Art), the museum has built the reputation of one of the most important and most prestigious visual arts institutions in Croatia. Due to the high quality of work, MMCA has been entrusted with the presentation of Croatian art and artists at prestigious international events such as the Venice Biennale (1997, Dalibor Martinis, 2007 Ivana Franke), the Biennial of Sao Paulo (2004 Zlatko Kopljar), 12th Venetian Biennale – International Architecture Exhibition 2010.

The historical continuity of the former industrial complex of the Rikard Benčić, which also houses the Museum building, begins in the 18th century with the refinery of sugar. In the 19th century, it was converted into a tobacco factory, while after the Second World War production of ship parts began in its plants. The so-called H building oft he complex, the building oft the Museum, was already in use during the first, sugar factory phase of the Rikard Benčić complex. The oldest historical layer of the building can be seen through the typically massive stairways and vaults on the ground floor.