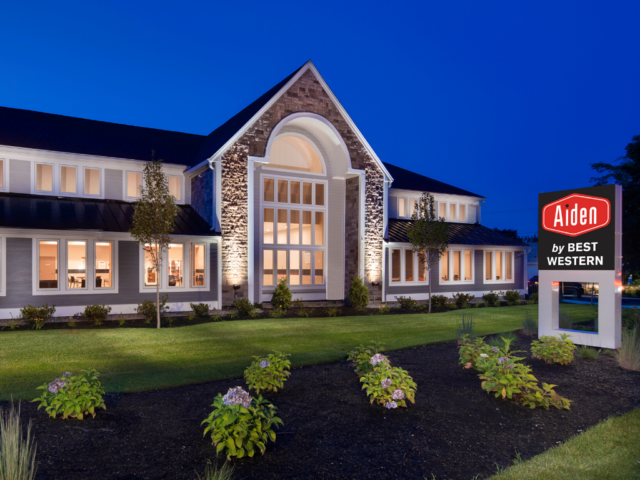 Edgy, cool and chic – Aiden® by Best Western is growing worldwide. The captivating boutique hotel brand of BWH Hotel Group, which was introduced at the end of 2018, has opened nine properties in the United States, South Korea, France, Germany and Italy. The brand boasts a robust pipeline with another ten properties on the horizon globally.

The growth of new boutique and lifestyle brand Aiden® by Best Western is picking up speed. In just the last twelve months, nine Aiden hotels have opened worldwide in key markets across North America, Europe and Asia. Aiden® by Best Western is the freshest new boutique hotel concept from BWH Hotel Group. The brand, which was first presented at the end of 2018, offers travelers and developers a boutique hotel concept in the upper midscale segment.

“Aiden is created to reflect the flair and vibrancy of the world around us, bringing together indulgent amenities and bold designs that offer a reimagined travel experience all at a great price. Aiden, together with its sister brand, Sadie® by Best Western, deliver a unique product offering to travellers and developers. Hotel developers and hoteliers now have the opportunity to reposition their assets to a one-of-a-kind boutique experience that is backed by the global power of BWH Hotel Group’s marketing and sales expertise,” says David Kong.

The Aiden brand shows no signs of slowing down as BWH Hotel Group’s global pipeline boasts ten additional property openings in the next year.

With a “boutique-coolness” atmosphere, Aiden® by Best Western provides a lively, engaged and welcoming environment to travellers looking for a hotel that blends hip, casual charm with an eclectic neighbourhood feel. No two Aiden hotels are alike with each designed to reflect the unique personality of the community they serve. Built with a variety of needs in mind, thoughtfully designed spaces feature modern amenities and technology to connect today’s travellers. Each property distinguishes itself with unique aesthetics, and a chic and modern design while also offering the comfort and friendly service today’s traveller desires. Aiden hotels feature an innovative design with abstract and modern guestrooms, complete with vibrant colour pallets and lush fabrics and multi-functional public areas with bright and modern signature seating.