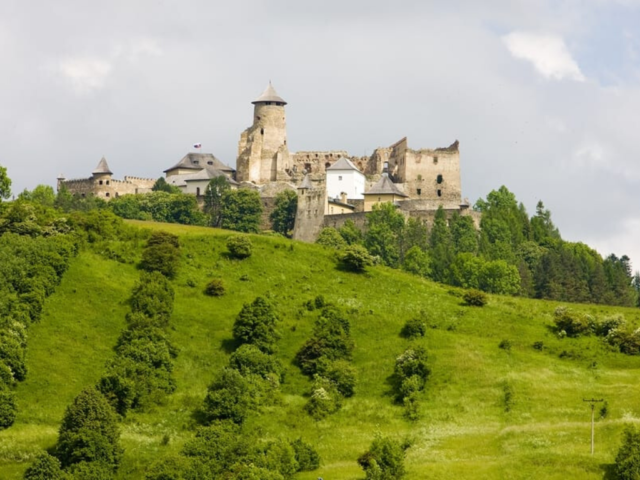 FOR EVENT AND HISTORY LOVERS

On a limestone cliff of 711 m over Stará Ľubovňa in the north-east of Spiš stands Ľubovňa Castle. Rulers met here in the past, it is the place where Polish coronation jewels were hidden and where famous adventurer, nobleman and King of Madagascar, Móric Beňovský was imprisoned. The Ľubovňa Castle was built at the turn of the 13th and 14th century when it became a part of the boundary castles system in the north of the Hungarian Kingdom. Besides the protection of the former Polish-Old Hungarian border, its task was to secure the important trade route passing along the valley of the Poprad river to Poland.

An independent museum exhibition is presented by an open-air museum in the area at the foot of the castle hill. It consists of a set of folk buildings that form a picturesque settlement around the Castle.