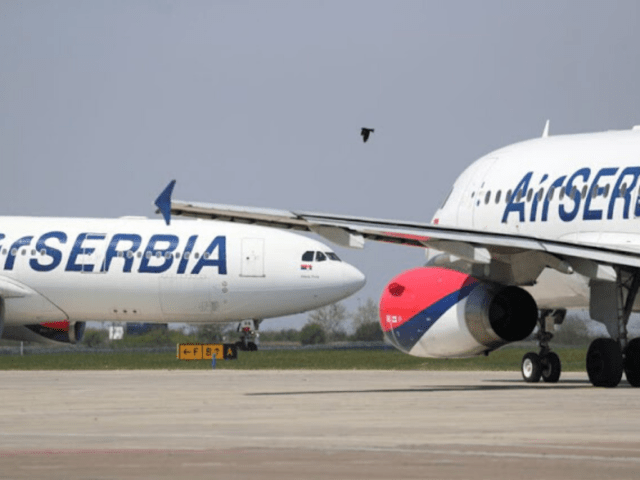 Air Serbia will resume operations from Belgrade Nikola Tesla Airport on May 18 to Frankfurt, London Heathrow, Vienna and Zurich. From June 1 the carrier will operate a more comprehensive schedule. Due to anticipated demand, flights to certain destinations will be operated as planned, others will be run at reduced frequencies, while flights to several destinations will be temporarily suspended. Services to Podgorica, Zurich, Vienna, Paris, Tirana, Zagreb, Skopje, Bucharest, London, Sarajevo, Sofia, Frankfurt, Brussels, Kiev, Krasnodar, Zadar, and Nice will remain mostly unaffected. Operations will be optimised to Tivat, Ljubljana, Athens, Thessaloniki, Amsterdam, Prague, Moscow, Berlin, Rome, Istanbul, Milan, Dusseldorf, Dubrovnik, Split, Larnaca, Copenhagen, Stuttgart, New York, Banja Luka, Tel Aviv, Stockholm, Venice, Pula, Barcelona, St Petersburg and Madrid. Air Serbia will not operate flights to Helsinki, Lviv, Amman, Florence, Chisinau, Rostov on Don, Malta, Geneva, Cairo, Beirut and Rijeka. “We are working closely with our partners to determine the demand for charter operations”, the carrier said. There is a possibility that some flights to a limited number of destinations may be operated earlier than planned, before June 1.

Air Serbia’s CEO, Duncan Naysmith, noted, “Although travel is currently restricted by multiple government regulations, we are planning for the easing of restrictions to enable our customers to start travelling again. We will endeavour to operate as many scheduled flights as possible. Our team is carefully following the ongoing decisions of competent authorities and, in addition to relaunching flight operations, we will ensure our customers are kept up to date on their bookings and the appropriate safety measures that will be in place. We have used the period during which we were unable to perform regular operations to reorganise and prepare for the challenges ahead. We have been delighted to be able to assist the Government of Serbia in performing multiple humanitarian and repatriation flights, transporting medical aid and experts, and bringing home our citizens who were stranded at foreign airports”.

Air Serbia yesterday announced a new round of repatriation services. Unlike those operated through March and April, which were free of charge, the one-way repatriation flights to Belgrade running from May 11 until May 15 will cost between 155 and 295 euros, depending on the point of origin. Flights will operate from Paris (May 11), Frankfurt (May 12 and 14), Vienna (May 13) and Zurich (May 15). Those interested must apply through the airline’s website. Serbia and Montenegro Air Traffic Services Agency today lifted a ban on commercial flights to and from the country, some ten days earlier than initially planned.

Meanwhile, the Serbian government is in talks with Air Serbia over the acquisition of new aircraft for the airline. The Minister of Finance, Siniša Mali said, “We will help Air Serbia. We are currently in discussions with the management and drafting a business plan. We might use this opportunity to acquire another aircraft which could be used to fill the void on the market left by the number of airlines going into bankruptcy, which Air Serbia won’t. Therefore, we will examine how we can even better position the carrier following this crisis. However, without a doubt, we will help Air Serbia”. Earlier this week, the Serbian Ministry for Construction, Transport and Infrastructure, outlined a range of potential state aid measures which could be utilised to assist the airline.