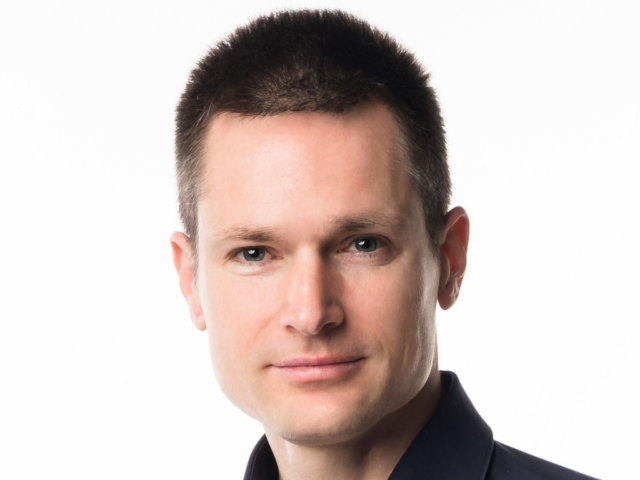 Exclusive interview with Frantisek Fabian, the Managing director of Tour4U, one of Slovakia’s leading DMC agencies. Since 1996, he has executed a wide range of positions in several top-profile companies in the areas of Strategy, Pricing, Marketing, Business Consulting, Project Management, Planning and Reporting, Internal Regulation and Organization to Business Development and CEO role.

Q: How badly has COVID-19 affected the meetings industry in your country?

The meetings industry in Slovakia has been hit severely. The turnover is down at almost zero, the costs have been reduced, some trained and experienced people laid-off.

Q: How much damage has the epidemic caused for your company?

The damage is significant, yet not critical. Our company diversified a few years ago in anticipation of a potential crisis like this one. Next to the DMC activities, which represent around half of our income, we have launched several projects that we prepared in the past that offset around 50% of the lost revenues while utilizing some of our DMC staff. We stopped major investments and reviewed other expenses while creating a dedicated financial package to keep the core staff. Also, the government has quickly announced and released a financial scheme aimed at maintaining jobs, which we have used in the months during which the turnover fell the most. So, we have been able to limit the lay-offs down to a minimum and are ready for a gradual „restart“ after the situation gets consolidated.

Q: How do measures put in place by regional governments help with exiting the crisis? What do you miss?

The regional government cancelled the main program for the industry. In cooperation with the regional tourist board, however, we have successfully launched a program focussed on meetings and incentives in the vineyards in Bratislava for mixed small leisure groups and small corporate groups; larger groups gatherings were prohibited. This pilot project, which lasted for 3 months this year, will next year be further developed into a specialized incentive corporate group version enriching the corporate incentive and meeting portfolio for up to 150 pax.

Q: Do you think the situation will get worse before it gets better? Have you prepared any preventive measures in case of a second coronavirus wave?

The situation cannot get much worse, which is a positive message. …because the situation can get only better. 2021 should be more positive than in 2020 as vaccines arrivals are expected in the next months.

Q: What has the epidemic taught us about the current state of the meetings industry? Will the epidemic also bring something positive

There is some space for online, virtual and hybrid meetings. Especially the smaller and more formal business meetings can be held online. Nevertheless, the real „physical“ meetings will be there in the near future and will dominate.

Q: Do you think the quarantine period was beneficial for unwinding and gathering new creative ideas for the future?

The quarantine period has given us a chance to study and do other things than usual. In some cases it meant penetrating new businesses, in some, they relaxed more, in some cases they worked double to offset the impacts of the lost income.

“Do you want to watch ice-cream melting on your screen or taste it? “

Q: What are some alternatives to live events? Are live events a thing of the past or will we continue to meet in person after the coronavirus?

Live events will return. Many people have been trying online events because that is the closest alternative now. There is some room for these kinds of events, however, live events will reappear quickly. Would you like to watch a festival on the Internet or be part of the jumping and singing crowd? Do you want to watch ice-cream melting on your screen or taste it? Do you want to watch a geographical documentary or visit and feel the „genius loci“?

Q: Do you think online events can replace the physical experience of live events?

They will not replace the physical experience in the next few years. They will gain some segments of customers and will develop in time along with technological progress.

Q: How have you managed to connect the digital and analogue world at your events and in business?

We now use online conferences and meetings for purely business purposes. They are quick and more one-way than two-way.

Q: Why Bratislava for meetings and events?

Bratislava is one of the best-connected cities in the world. Safe, green, smart, easily navigable and having authentic charm derived from being relatively small, while providing everything you expect from a European capital.

Q: What will we be discussing over coffee at the same time next year?

We will discuss your coffee and my tea, as I do not drink coffee. We will discuss how good we feel about the returned business and the good people that we missed.

Q: Where do you find inspiration for events in these tough times? Do you have a favourite event agency or role model?

We find inspiration in our daily life as always. In meeting new people and discussing what they do and what special there is in it. Then we put our own capabilities and the mix may be surprising. There are many agencies and models around that are useful for inspiration; we pick-up the best from them and use it in our own way.

Q: What inspires you in your daily life? (music, books, nature…)

This article was implemented with the financial support of the Ministry of Transport and Construction of the Slovak Republic.