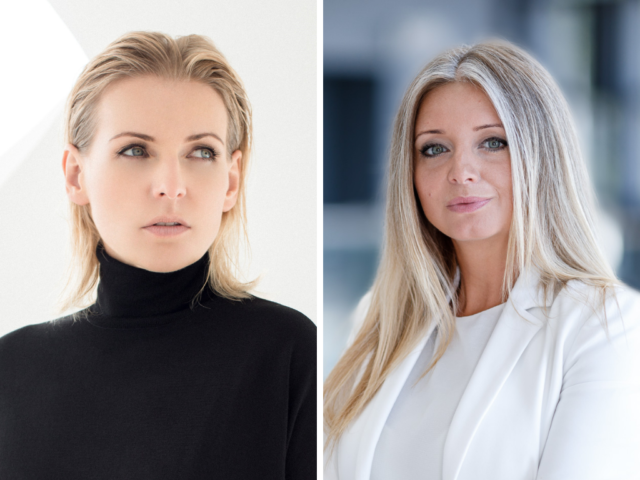 Izabela Błaszczyk graduated from the Kraków University of Economics (Management and Marketing, specialising in Company Management). She also has degrees in Journalism and Media Communications from the Institute of Journalism and Communication at the Jagiellonian University and European Studies from the John Paul II Papal University in Kraków. She is an experienced cultural manager, producer, co-producer and coordinator of numerous international cultural and television projects. She sits on the jury of the prestigious EFFE Awards and is a member of the THINKTANK Expert Board. She also lectures at the John Paul II Papal University and the Andrzej Frycz Modrzewski Kraków Academy. She has served as Director of the KBF since 1 January 2011. Previously she was Deputy Director for Marketing at the KBF, Director of the Promotions Department at the Kraków Municipal Office and Chief Press Officer for the Mayor of Kraków. She has managed projects awarded the Silver KTR and the Golden Eagles.

As Director of the KBF, she is responsible for the structure, organisation, production and branding of many of Kraków’s major cultural events, such as Misteria Paschalia, Sacrum Profanum, Opera Rara, Film Music Festival, Miłosz Festival, Conrad Festival, Wianki Music Festival, New Year’s Eve in Kraków, and ICE Classic. Her festivals, one-off events and innovative campaigns and publications have earned her numerous awards at industry competitions including IFEA, Pinnacle Awards, European Design Awards, Golden Formats, Golden Eagles and Mobile Trends Awards. The KBF team has also been awarded the Grand Prix at the 5th Marketing Director of the Year competition, while its festivals have been given the EFFE Label by the European Festivals Association.

A graduate of the Jagiellonian University and a scholarship holder at universities in Spain. She also graduated in Management and Marketing from the School of Banking and Management in Krakow and in International Relations and Diplomacy from Collegium Civitas in Warsaw. Since 2014, after completing her diplomatic mission as a Polish consul in Caracas (Venezuela), she has been working for the Krakow Festival Office, the operator of ICE Kraków Congress Centre.

She manages sales policies of the ICE Kraków Congress Centre. She is an experienced manager and expert in the field of the meetings industry and event marketing. As a leader of the Kraków Network project, the only business networking network in Poland which brings together entities from the MICE sector, she is a promoter of the meetings industry in the national and international arena. She is responsible for creating a long-term marketing strategy for ICE Kraków. Since 2019, she has been the President of the Board of the Polish Conference and Congress Association. She is a member of national and international organisations, bringing together professionals from the meetings industry, including MPI and ICCA. She is a member of the Chapter of the Polish Congress Ambassadors Programme. Awarded at the MP Power Awards – MP Power 12 in the Venue Supplier category.

The beginning of the year is always a good excuse to take stock of the past months and reflect on the future. Reflection is even more favoured by such a difficult time for many industries, caused by the global pandemic, the outbreak of which unexpectedly stopped development in many sectors of the economy, including Poland. One of the industries that in our country has suffered the most from the restrictions introduced due to COVID-19 is the MICE industry. Representatives of the tourism industry and the meetings industry are still asking themselves how long the crisis caused by the pandemic may still last and what effects it will have on the functioning of the MICE industry.

To get the answer to this question, it is worth referring to the data from 2019, when business tourism in Krakow was thriving thanks to the work of the facilities: ICE Krakow Congress Centre, TAURON Arena Krakow and Expo Krakow, as well as nearly 170 other conference facilities that can receive guests from all over the world.

“The statistics we have collected show that since its opening in 2014, ICE Kraków has been visited by 250,000 people every year and over 200 events have been held there,” says Izabela Błaszczyk, director of the KBF, which is the operator of ICE Krakow. “As a city, Krakow attracted organizers of meetings of international associations, which is confirmed by taking 48th place in this year’s ICCA ranking. The flourishing of business tourism in Krakow is also evidenced by the fact that in the meetings industry report published by the Polish Tourist Organization, Krakow could boast of organizing as many as 8,400 business meetings last year, 78% of which were national events,” adds director Błaszczyk.

“For many of us, adopting a hybrid formula in the organization of events turned out to be a breakthrough innovation”

These numbers are of great importance because they affect Poland’s GDP. The impact of the meetings industry on this indicator is estimated at 1.5%, which is equal to approximately 35 billion PLN – this is shown by research carried out by Celuch Consulting together with its partners.

“This is an undeniable economic impact generated by the meetings and events industry. Unfortunately, due to the outbreak of the pandemic and travel restrictions, and the possibility of organizing events at the facilities, this year and probably for the next two years, we will not be able to repeat this result, because event planners most often decide to move their events to next spring or subsequent years,” says Paula Fanderowska, KBF deputy director for the ICE Krakow Congress Centre.

Q: How do venues such as the ICE Kraków Congress Centre and event organisers, in the era of the coronavirus, demonstrate flexibility in cooperation and organization of events?

“For many of us, adopting a hybrid formula in the organization of events, i.e. onsite and online at the same time, turned out to be a breakthrough innovation, which, despite the pandemic reality, allows for the organization of national and even international events,” notes Izabela Błaszczyk.

In this situation, the responsibility for guiding contractors through the legal complexities and legislative changes rests with all representatives of business tourism.

“We are currently dependent on government guidelines and legislative changes. Conference and convention venues, as well as hotels that have conference rooms, need to be alert and flexible. They have to react swiftly to what legislative changes are introduced by the legislator and immediately inform their contractors and the business environment about them. Explainers, tutorials are needed, everything that can help our clients find their way to the new reality,” emphasizes Paula Fanderowska.

Q: Can a new communication strategy help in attracting customers to facilities such as the ICE Kraków Congress Centre?

“The strategy, which we called the New Dimension of ICE Krakow, assumes, first of all, maintaining constant contact with recipients, including by organizing industry webinars, as well as introducing new functionalities for contractors, such as photo sessions, advertising sessions, recordings, exhibitions. If the facility had operated in the pre-pandemic mode, these events would not have been possible at ICE Kraków, as we would have been organizing congresses, conferences and cultural events. Today, our offer is also based on such events, but in the online or hybrid formula, so we have significantly expanded this offer,” says Paula Fanderowska.

Q: In the era of the coronavirus and numerous restrictions how necessary was it to create a tool that would allow unlimited access to culture and valuable educational materials?

“The PLAY KRAKOW platform, operated by the KBF, is a tool suited to our times and possibilities. It is the first city-based, cultural streaming and VOD platform in Poland with a place for culture and business, as well as for education. We see this as a new sales channel and offer event organizers and planners the opportunity to stream or present materials even in a more distant perspective,” emphasizes Izabela Błaszczyk.

Q: All conference, congress and cultural events will surely return, but unfortunately no one knows when. When do you predict the return of events?

“Based on the results of the Tourism Economics study, we have two years of work ahead of us to get back to the number of events organized before the pandemic. It is worth using this time to think about what kind of business tourism we want. Such an indicator should be the policy of sustainable tourism – a great and valuable document created by experts from the Tourism Department of the Krakow City Hall, profiling us on business and cultural tourism,” notes Paula Fanderowska.

“The policy of sustainable tourism,” adds Izabela Błaszczyk “is a guarantee that we will use local resources and opportunities in an optimal way. We will start creating tourism products in relation to the inhabitants by respecting cultural goods and traditional values. Business and cultural tourism is an opportunity for Krakow. And while we don’t know what to expect or how long the pandemic will last, we do have time to act and remodel our activities in relation to this document.”

Despite the noticeable slowdown in the functioning of the conference and fair venues and thus smaller financial revenues, it is worth considering the crisis caused by the pandemic as an opportunity. Let’s use this time not only to discover new functionalities of the facility, develop new sales models or establish new business contacts but also to consider what kind of tourism we care about. This is the moment when we can think about what we want and implement appropriate solutions for the future, so that we can work not only efficiently and better, but more effectively and in a sustainable way. This is how ICE Krakow will operate in 2021. This is their plan for the future that will come sooner than we expect.