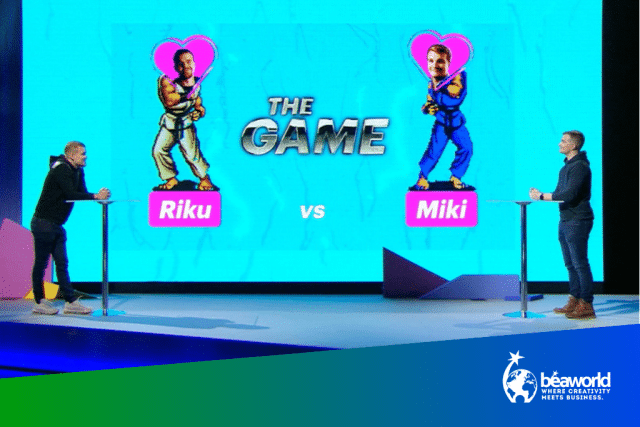 W2K, organised by JOLOS, was a virtual internal event in a TV show format for the European tech company Wolt. The event’s aim was to mark and celebrate the completion of 2000 employees from 23 different countries.

The creative idea was driven by the main concept – involving all the employees in the creative and production process of the event. The organisers started by brainstorming together with the employees of Wolt and giving them the opportunity to take the lead. It was amazing to experience how well and smoothly they came along with the idea. The employees themselves helped us to create logos, event names, videos, the award ceremony concept and the full program of the show. JOLOS’s job was to keep them on track and to supervise that it will all come together as a complete conceptual solution. Wolt people were the hosts, they were part of the programme – singing, dancing, acting, interviewing, writing scripts and contributing to the event. The creative team along with Wolt people together came up with a strong concept that now lives along as a legend on its own. Despite the virtual format, the event was highly engaging and helped to build stronger connections – many participants admitted that they truly felt connected like one big team with the same heart.