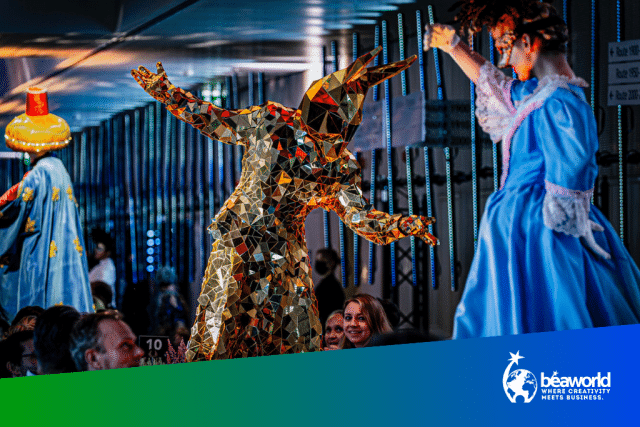 The celebration of the new Institut Bordet, in Brussels, Belgium, one of the largest European centres in the fight against cancer: a major challenge for Luc Petit, world-renowned artistic director. A challenge was successfully met by two charity evenings with a new concept, which made it possible to celebrate fundraising of € 18 million for the benefit of the new Institut!

At the request and for the benefit of the “Association Jules Bordet”, the institute’s first private donor, it was a question of illuminating and transfiguring an extraordinary space for a unique moment: the main hospital hall coming into operation in the days that followed.

It was also a major challenge with a friendly 100 meters long table: the scenography of which, made it an opportunity to mix the public, musicians and artists in the same generous spirit. Mingled with the succession of acts. A menu concocted by four Michelin starred chefs, inspired in turn by themes such as the forest with its creatures, Versailles and China.

An extraordinary act of generosity for which all the actors had worked and shared their know-how, free of charge, only equal by the incredible generosity of Donors and the sum raised which will finance research against this scourge led by the Institut Bordet on a daily basis.

In these times of pandemic where the hospital sector is under pressure, where living together is thwarted by health measures, the intention has been to resolutely offer a response full of humanity, beauty and hope. A real chef’s gala: at the conductor’s baton, in the kitchens and on stage! Generous donations reflex Bordet’s sizable humanitarian project. A sum raised commensurate with Bordet’s humanitarian project, collected by the whole host of talents united for this noble cause and who have proven that generosity is contagious and creative!