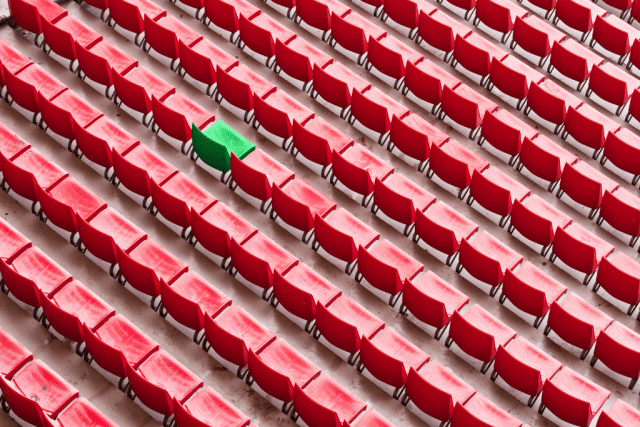 The editorial board of Kongres Magazine has been closely following and analysing various sustainability marketing campaigns. It seems their numbers have skyrocketed this year. As it turns out, many of them are misleading and purposefully used by greenwashers to increase sales or improve a company’s reputation. By doing so, they deceive well-intentional consumers and, ultimately, do not contribute to solving ecological and social issues. It is vital to stay aware of the ways in which they attempt to outwit us. Recognising greenwashing is how we can reduce its influence on our choices.

We have decided to prepare a series of articles that will uncover such practices and, hopefully, contribute to a more responsible meetings industry.

Environmentalist Jay Westerveld coined the term “greenwashing” in 1986. While on an expedition to Samoa, he was greatly upset by the hotel sign concerning the reuse of towels. He concluded that its purpose was solely a strategy to lower expenses instead of the hotel’s sustainable and responsible aspirations.

Westerveld was the first to use the term greenwashing in his expert article, and the rest is history. The term has survived till today and encompasses all areas of sustainability, including gender equality, poverty, hunger, health, education, paid work etc.

2. Lack of proof to back up claims

Let us suppose a company claims their event is green or eco-friendly but does not enclose any concrete proof. They should at least calculate their event’s carbon footprint and support it with a certificate issued by an official institution.

3. Ambiguity and vagueness of claims

Another way of misleading is using loose and undefined terms that are nearly impossible to understand in one way. A recurring example, for instance, is stating that an event is carbon-neutral without elaborating what that stands for.

Companies will often refer to certificates and labels that, in fact, do not exist or are misleading. Lately, there have been cases of green venue finders with no real foundation. This type of deception is embodied by companies that sell “products without CFC”, even though chlorofluorocarbons are forbidden by law.

Event organising is environmentally unfriendly. Hence, the claim that one event is greener than another is plainly false.

Certificates, labels and awards can often have little or no meaning. In some cases, organisations even award themselves with certificates or endorsements not backed by any authority.

There are even cases when companies tell outright lies. Sooner or later, such practices are exposed, and information about them spreads like wildfire. We will uncover the first example of such deceit.

Various venue finders have been an integral part of the meetings industry. Convention bureaus offer such search engines alongside specialised agencies that focus exclusively on marketing. The main engine behind their work is connecting event supplier with event organisers. Ultimately, they aim to generate concrete business inquiries or RFPs.

Given that green is trending, many search finders have adapted and added the category of green venues. They seemingly upgraded the original finder with a new criterion represented by one of the sustainable pledges or certificates. Unfortunately, pledges do not necessarily signify that a venue is indeed environment-friendly. Upon searching the venue finders for further information regarding a venue’s green aspirations, additional data is usually difficult to track or is limited to labels that are hard to understand.

Search engines often feature claims and information that we cannot check nor compare with other venues. It is possible that venues not listed in the finder, which did not pay a fee to be listed, are incomparably more environmentally-responsible than venues that boast such labels.

Hence, such search engines are perceived as a typical example of greenwashing. An easy way to spot it is to find the sentence: the largest database of green venues. Such sentences are unsupported and unelaborated. Moreover, they do not disclose the criteria behind the venue selection. The main goal is to fill the finder with venues for a fee and ensure website traffic. Further misleading is information stating that more than 42.000 inquiries have been sent to green venues. Such information is not justified by actual data or statements by satisfied clients and is thus hard to believe.

In this light, several expressions have emerged that are unsupported. A typical example is the 2050 Net Zero Target etc.

Note: We look forward to your opinion about such practices. Feel free to comment and send us further examples of greenwashing. We will inspect them and write additional articles about them in Kongres Magazine.