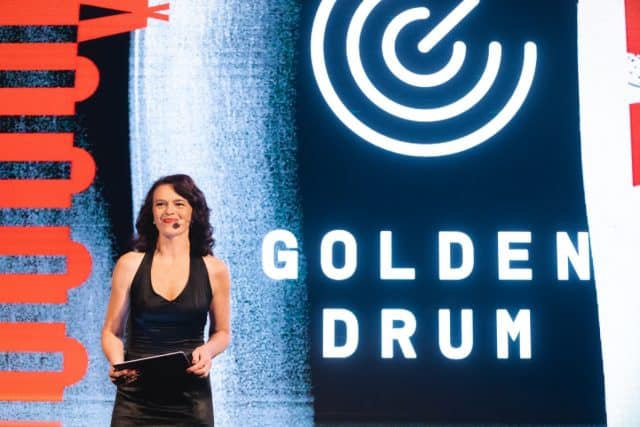 Finalists of the Golden Drum Festival Competition are known

55 jurors led by outstanding professionals from all around the globe, have selected finalists for the Golden Drum Festival Competition, which will take place as part of The Weekend Media Festival for the first time.

The Weekend Media Festival opens its doors on Thursday, 22 September, hosting the Golden Drum Festival on Friday, 23 September. The Festival’s program is inspired with the theme REBUILDING CONNECTION, preparing a day full of innovation, creativity and fun under the warm sun in Rovinj.

Entries arrived from 24 different countries. The competition has in its four diverse sections: One-Channel Drum, Omni-Channel Drum, Craft Drum, Creative Business Excellence Drum and a special All Juries Section, accepted round 1000 entries. Most of the work entered is coming from Ukraine, followed by Poland, Slovakia and Hungary. As much as two thirds of entries this year are made by independent agencies, where in comparison to last year more entries were entered in the One-Channel section. Among the strongest this year are the section Craft and group Social Good.

The Young Drummers Competition jury chose finalists among creative solutions, arriving from 15 countries. The annual Young Drummers Competition Powered by Slovenian Tourist Board enabled an opportunity for creatives under 30 from all over the world to show their creativity on the topic ῝Hey you, become the future of tourism!῎, earn a spotlight on the Golden Drum Awards Show stage and win a 1,000 EUR prize.

The Golden Drum Festival will celebrate its winners at the Awards Show Powered by Mastercard on September 23 at 20.30.

See the showcase of finalists:

The Golden Drum Festival program will be held on the Weekend stage on 23 September.

The day will start with Kavita Patel, Advisory Lead of WARC EMEA, dissecting the Anatomy of Effectiveness. The famous Fabio Seidl, Director for Global Creative Development at Meta USA, will follow with his talk on Simplifying the Future with a new perspective on creativity that can lead us to better use of tech and a more inspiring and impactful tomorrow. Ghada Wali, Founder and Creative Director of Wali’s Studio, a pioneering graphic designer from Egypt, will take the stage with How Graphic Design affects the mental state, pulls emotional strings and delivers change. Jeannette Liendo, Senior Vice President, Marketing and Communications at Mastercard Europe, will talk about The Future of Brands: Leveraging Experiential Platforms and Multisensory to Breakthrough. After that Anna Nowak, Creative Technology Manager, Isobar Poland, will tell us about Meaningful innovation – a force for good. On our stage, we will welcome the great duo from Banda, Creative Director Maxim Boritko, and Co-Founder and Creative Director Egor Petrov, with Fast Creativity. How the war brings up the best in Ukrainian agency. You better not miss the discussion with Jorg Riommi, Chief Creative Officer of Publicis Groupe CEE, Jason Romeyko, Worldwide Executive Creative Director & Managing Partner from Serviceplan International, and Sebastian Stępak, Chief Executive Officer of MSL CEE, on Timeless Creativity. Last but not least Saulo Rocha, Chief Creative Officer of DAVID Madrid, will close the program with The Cheat Codes. But the day will be far from over.

The daily program will be a kick-off for the highlight of the 28th Golden Drum Competition, evening Awards Show Powered by Mastercard. The Golden Drum day of creativity will be wrapping up with a celebration of the winners and showing off creativity on the dance floor in the rhythm of Konstrakta, a Serbian singer and songwriter who represented Serbia at the 2022 Eurovision Song Contest.