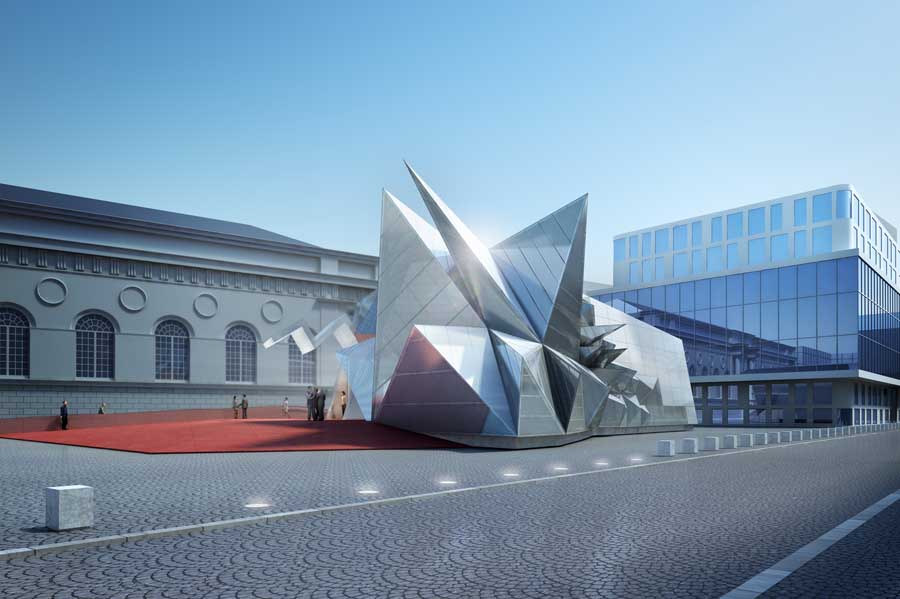 Organization of conferences and events has for the majority long ago become a well-established industry in which solid figures are turned, which often saves the low tourist season. When the organization of events and conferences from a peripheral activity developed into a true industry it is not quite clear. Despite the long history, this in technical and terminological terms happened only a few years ago, when the effects of the meetings industry become measurable and comparable with some other industrial sectors. For ease of illustration the freshest illustration accompanies the MPI British study, on the size of the meetings industry of Great Britain:

Contextually our industry should be placed among CREATIVE INDUSTRIES, which include everything from music to wider cultural industries, from design to marketing. Unfortunately, I have not yet seen such a placement of the meetings industry in a broader context. At any event in our industry creatively are touching music, food, design, architecture and culture in the broadest sense.

The challenge of meeting industry is in CREATIVITY and departure from the still dominant logic of logistics and tourism. Finally, it is also an essential factor in successful promotional campaigns of meeting destinations. Mainly thrive those who are well presented, communicated and in short creatively communicated and placed on the market.

Meetings industry has, similarly to other creative industries, a lot of social power. Most of the organizers have recently been asking themselves how to ensure a sufficient number of participants in the difficult economic conditions. That is why we are seeing new initiatives that are based on events that invoke interests beneficial to the community. Their feature is the use of tools of creative industries such as activism, social responsibility, and other open source solutions. All this creates a whole new multiplier effects in the meetings industry, and a number of new events. The meetings  industry is not only a generator of economic impacts that generate revenue, promote investment and create new job opportunities. Moreover, it encourages tourism development through genuine promotion of authentic tourist destinations and promotes re-visit of the destinations. Meetings industry is not only generator of economic effects that create revenue, encourages investments and creates new employment possibilities. In addition it encourages tourism development through genuine promotion of tourist destinations and encourages re-visit of the destinations.

It facilitates the development of technology, science, and it is connecting leading international with local experts and thus encourages the development of local businesses and professionals. After all it promotes cultural development and thus promotes local culture and cultural exchange. Every Euro dedicated to the meetings industry triggers a wide range of mutual economic impacts, providing additional consumption in other sectors or industries.

According to this logic in Slovenia Ljubljana has an absolute maximum of congress opportunities, where every year it hosts more than 10.000 cultural events and at least 10 international festivals, as well as an above-average number of museums and galleries and a developed creative scene.

If I paraphrase slightly the definition of creative cities and take it to the meetings industry, congress cities are those with a large number of creative people who are innovative and tend to start new businesses. These are cities that are diverse, culturally attractive, tolerant and safe. Several years ago, an idea of CONGRESS INCUBATOR was created as an accelerator of creative congress companies along the lines of good practice of co-working. Time then, for the idea was not really favourable, but perhaps now right in the middle of the crisis, will gave birth to a similar idea.

That we are dealing with a serious industry, is evidenced by the legendary IAPCO terminological dictionary, which is accessible from this year on the website. It has been issued since 1987, and today it includes more than 16.000 words in 15 languages.

Otherwise, the general definition of the industry can be reached via the web portal http://www.themeetingsindustry.org/

Case study: MINI – CREATIVE USE OF SPACE
MINI under the leadership of BMW has once again become the automotive icon, which buys a lot of creatives. For many, it is a perfect car that combines practicality and quality with modern design.
Agency Metzler in 2011 changed Marstallplatz into a centre of creativity. Under the slogan “Creative Use of Space” an urban oasis was built where people could meet interesting personalities and enjoy a variety of cultural events. This is a case when the car brand most directly connected with the promotion of the brand with creative industries. The story continues this year.