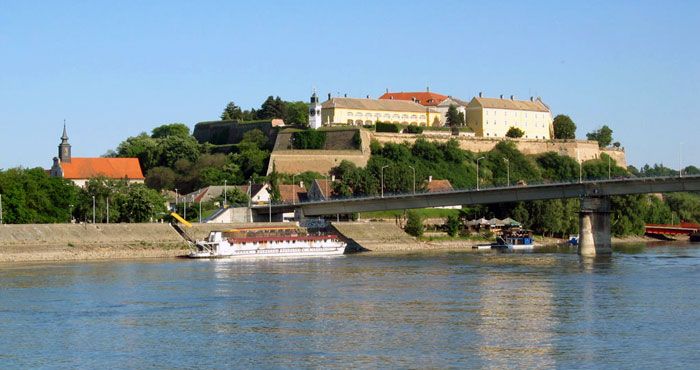 In addition to the most popular convention destinations in the region, which in the international meetings market are already well established, we announce some destinations whose time is still to come. Some are entirely new convention players such as Goriška Brda (Gorizia Hills) or Umag, and some of those who were already representing large and developed destinations and are now slowly picking up and are redeveloping their meetings product. Some were chosen for you in the editorial board of the magazine.

NOVI SAD
Vojvodina and its main city is a way of life and thinking. A multicultural city, where they have always lived well, it also boasts excellent convention and exhibition centres and solid hotels. A true antipode to Belgrade, it is more reminiscent of Vienna as the Serbian metropolis.

UMAG AND NORTH-WEST ISTRIA
North-western Istria offers a genuine and very active conference experience. Options for activities with which you can fill up the schedules of your conference guests are countless. In Umag and its surroundings there is a very special spirit of sport in the air. It is an interesting and attractive meetings destination, also because of its proximity to major convention markets in the region.

SARAJEVO
Sarajevo as a brand is one of the strongest in the region. The main character gives it a very dramatic encounter between East and West. In the meeting industry, the brand and the destination are completely unused, despite the spectacular potential. With appropriate positioning and investing in the meeting industry Sarajevo could quickly come to its peak of regional conference fashion.

GORIŠKA BRDA (GORIZIA HILLS)
Brda is not intended for mass meetings industry, it is a boutique destination, which actually functions this way. Panorama of hills with in cluster agglomerations and subdivided farmland and countless terraced vineyards certainly is one of the most beautiful Italian-Slovenian landscape-aesthetic experiences full of wine and food surprises.

TRIESTE
Today Trieste is known more as a city of coffee than for convention tourism. Its geopolitical position allows Trieste the leading position among Adriatic convention destinations that it is slowly recuperating. A solid infrastructure is a good basis for further development, and when the potential of the city will be realised by all the key players on all sides of the borders it will soon become a much more important player than it is today.

MALI LOŠINJ
Lošinj and Cres is the only Adriatic archipelago that has focused on responsible and sustainable tourism. It differs from the more notorious Dalmatian islands of Hvar and Brač because of the systematic concerns for sustainable development and cultural heritage. Islands of Cres and Lošinj are uncut diamonds of sustainable and incentive potential. Among the official 1,244 Croatian islands they have great natural conditions for this.

OHRID
With the announcement of new air connections, a meetings revival of the most beautiful Macedonian city and a pearl of the Balkans is promising.  The city and the lake were given UNESCO status for their rich cultural heritage. If you want an authentic Balkan experience and extremely hospitable hosts, hurry before it is rediscovered by regional and international congress organisers.

ZADAR
Congress organisers will usually choose Zadar because of its location at the crossroads of the greatest natural beauties of Croatia, the history and culture, as well as because of the better general and conference facilities. Zadar is becoming a very advanced and viable conference town, which boasts an exceptional cultural offer and an ideal destination for smaller conferences and incentives for up to 100 participants.

SUBOTICA
It is the third convention destination of Serbia. The offer is united in the hotel-convention centre Galerija (gallery) and Palić and with a pleasant urban atmosphere reminiscent of Budapest, mainly due to nouveau architecture. As a convention destination Subotica attracts with the accompanying offer, most notably with the Paličko lake, with a large park for a ‘meetings disconnection’ from the nearby city.

ROGAŠKA SLATINA
With the renovation of Rogaška Slatina hotels eminent guests from all over the world are again returning. The outstanding architecture of the spa complex with a park surrounded by secession palaces is rounded off by the luxurious Crystal Hall ss one of the most beautiful congress halls in Slovenia. An endless choice of wellness programmes and the mandatory Donat Mg mineral water ensures the well-being of convention guests.