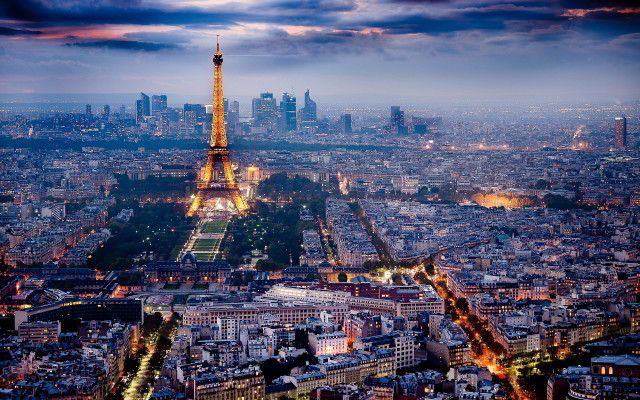 Paris retains the top rank, with Vienna swapping places with Madrid and moving up from three to two, and Berlin and Barcelona swapping places at four and five respectively. With regular jockeying for position between rival destinations, numerous short-term reasons why space isn’t always available for association meetings and with more meetings still to be discovered by ICCA and its members, these don’t represent any dramatic changes.
[pullquote]Istanbul confirms its prominent place on the international congress scene as it takes 9th place in the ICCA’s top 10 ranking of cities for 2014
Istanbul maintains its position amongst the top 10 as a global congress destination. Ranking 9th in the world in 2014 with 130 congresses, Istanbul now holds its position in the top 10 since 2010.[/pullquote] The top five countries all remain in that top echelon, with USA retaining top ranking, Germany and Spain ranking two and three, whilst UK and France swap places into fourth and fifth place respectively.

ICCA undertook a major review of historical data over the last twelve months, removing all meetings from the statistics which no longer met the strict three-country rotation criterion and clamping down on single meetings which might previously have appeared as multiple separate meetings. As a result the normal levels of growth appear to be slightly reduced, even though ICCA believes that the underlying rate of growth is almost certainly still robust.

ICCA CEO Martin Sirk commented: “What was striking in this year’s exercise is actually the very large number of meetings we identified over the last twelve months for the year 2013 – more than 600 meetings were identified worldwide, and we’re pretty certain we’ll have equal success in finding more qualifying 2014 meetings over the next twelve months. Most commentators are naturally focusing on the new 2014 rankings, but the nature of this business means that we always continue to identify many qualifying meetings long after each annual announcement. We can’t stress this point strongly enough: ICCA’s rankings are a snapshot of a moment in time of a database designed for sales and marketing purposes, for a very specific segment of the market, a segment moreover where decisions are made three to six years in advance. Any destination wishing to accurately present its true performance in the international meetings field needs to complement the ICCA statistics and rankings with its own robust measurement of all meetings business won for the future and hosted in the past year. With our new ICCA Statistics Tool, ICCA members can also now extract data on meetings that are especially important for their destination, for example if they’re primarily interested in meetings of more than 1,000 delegates, or which are related to a particularly important segment of the association market, such as medical sciences – we expect to see many ICCA members communicating their rankings in these specific type of meetings, and not just relying on their position in our overall rankings”.

ICCA’s international association meetings tables are published every year. To be included, meetings must be held on a regular basis, have at least 50 delegates, and rotate between at least three countries.

The full ICCA statistics reports are only available to ICCA members. Comprehensive rankings for all countries and cities will be released to non-ICCA members and the media on 15 June. 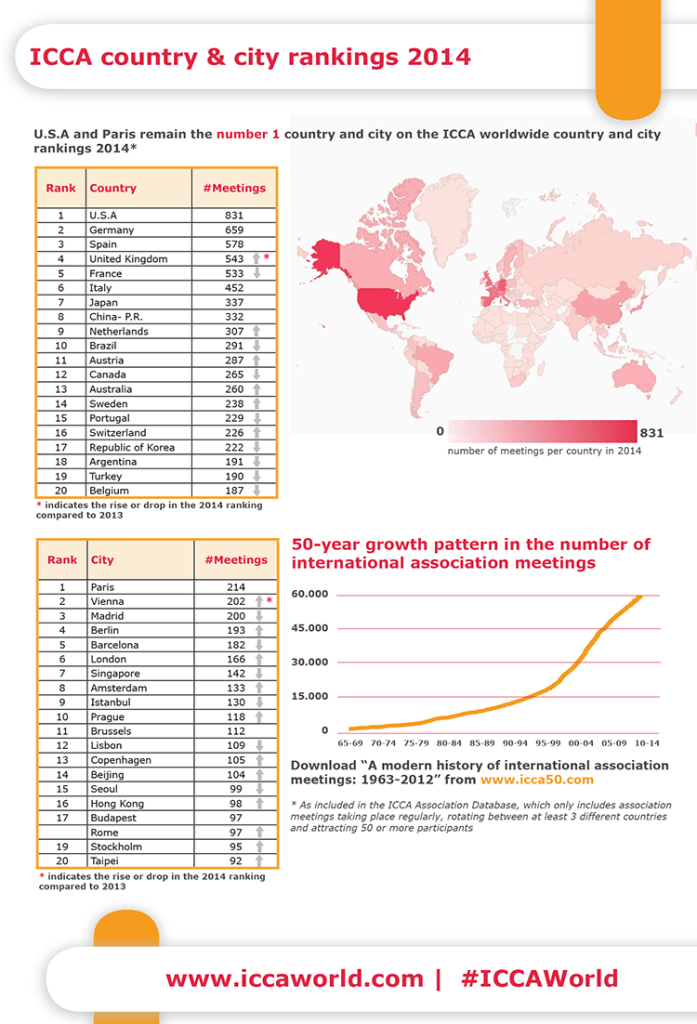