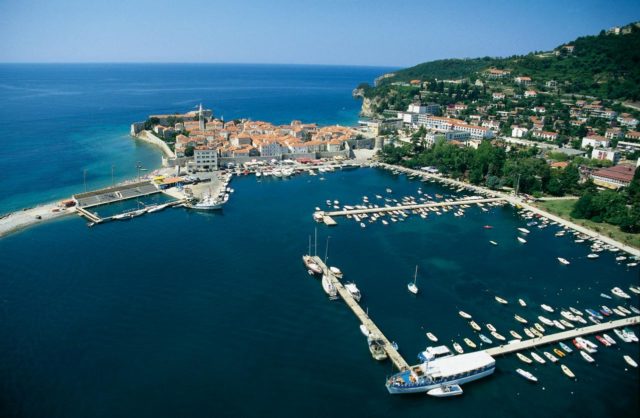 ‘You are going to places where everything is deadly, seasoned with gunpowder and untamed passions’, said my colleagues before this year’s Conventa Experience tour. And it is precisely this kind of thinking that fatally attracted me to the tour, as well as the search for that undefined border between East and West that the fierce procedure at the Schengen border with Croatia reminded me of.

The term ‘Balkans’ is in general much more than just the name of one of the peninsulas. Through ten years of visiting its regions with a colleague we have thoroughly discovered it, learned about it and shattered many of its stereotypes. Today I can say that I properly feel it and understand it as one of the most promising regions of European congress tourism. I would like to share with you here a few impressions of this year’s route through the Balkans…

Communism in Tirana is long past but in its architecture it will live long. The view from Hotel Rogner is over many new buildings that have been sprouting like mushrooms after the rain and are competing to be tallest. The hotel’s surroundings are part of the renewed city centre, which seems very European. The image of the city is colourful, which is also because of former mayor Edi Rama, who stimulated the painting of facades and made the city quite green. Just a stone’s throw away, however, is a totally different image of Tirana, which does not meet the standards of the capitalist glamour – stray dogs, a cacophony of electric cables and rough roads. Tirana is a city of great contrasts that you need to bear in mind if you are thinking of organising an event here.

A giant pyramid in pretty bad shape beside the hotel was a surprise to us and it was explained that it was built in honour of the deceased Enver Hoxie. Today, it is a kind of playground for the youth of Tirana and in the evenings is a popular concert venue.

I have been asked by colleagues about the feeling of safety in Tirana and I must admit that I felt completely safe – apart from the traffic chaos there were no special surprises. Much of this feeling was also because of the positive contact with the creative team of DMC agencies – young professionals with a desire to succeed.

The road to Ulcinj fitted the rhythm of Albanian roads and the drivers that we had somehow managed to adapt ourselves to. In addition to the modern petrol pumps that you find at almost every corner, we were surprised to see so many car washes, which are obviously the most promising new-age business for Albanians. The province on the border is wild, with great potential for the development of active incentive programmes. This is especially true for the area along the picturesque Lake Skadar.

This short trip to Albania managed to break some of the myths and stereotypes about this country. Exit formalities were quick and after entering Montenegro and being in contact with “home” sites it was a little bit easier to breathe.

The whole coastline is eagerly preparing for the start of this year’s tourist season. Everywhere, however, there are still the echoes a recent mega event, which was provided by the Slovenian agency Intours. The World Premiere of the Jaguar F-Pace was held at the most picturesque waterways of Montenegro and occupied the Aman resort of Sveti Stefan for a whole month. According to Marina Rađenović from Aman resort it was an extremely demanding and successful project, as well as a big promotion of Montenegro. The quality hotel facilities and offer definitely contributed to the decision of the choice of location, as Montenegro has become an epicentre of luxury tourism in the region.

We have excellent cooperation with the Montenegro hoteliers and DMCs and meeting them is like visiting old friends. In accordance with the noble tradition we ended our day in the magical Pržna bay.

INCENTIVE IDEA ON THE WAY:

Sveti Štefan
An iconic village on a small peninsula is regarded as one of the most beautiful places in the Mediterranean. The pride of Montenegrin tourism is today a luxury hotel and part of the Aman Resorts hotel chain. Recently it hosted journalists for a Jaguar world premiere and we recommend a visit also for its exceptional cuisine. You can also stay in Villa Miločer, the former summer residence of the royal Yugoslavian Karađorđević family.

65 F*!#UPS AT EVENTS: Anything that can go wrong, will go wrong

PROFESSION: Everybody Is An Expert In Event Organising