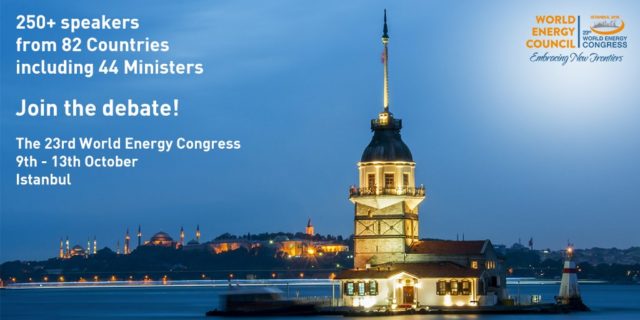 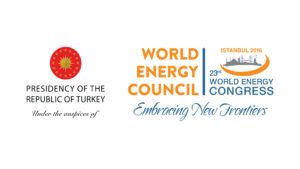 The 23rd World Energy Congress takes place in Istanbul between 9 and 13 October, 2016 under the auspices of the Presidency with “Embracing New Frontiers” theme.

A great many stars of the energy world will be shooting across the skies of Istanbul on October 9-13. At World Energy Congress 2016, Istanbul will be hosting an exceptional plenitude of the world’s most influential decision makers, including policy makers, opinion leaders and the CEOs of top energy companies.

As the speakers of the world’s most comprehensive energy event, CEOs and top executives of global energy giants will be discussing the direction of the energy agenda at the Istanbul Congress Valley.

Christoph Frei, Secretary General, World Energy Council commented: “The 2016 World Energy Congress isthe event which will define the future direction of the energy industry. It will actively embrace the new frontiers of the sector. We will look at the Jazz, Symphony models of energy markets. We will explore the importance of innovative business models and the commodity price storm. The calibre and range of speakers is reflective of the priorities which we have outlined.”

Hasan Murat Mercan, President of the Turkish Member Committee, World Energy Council commented: “The president’s official involvement demonstrates the calibre of the event and involves collaboration with various public authorities. As such, the event is supported at the very highest state level.”