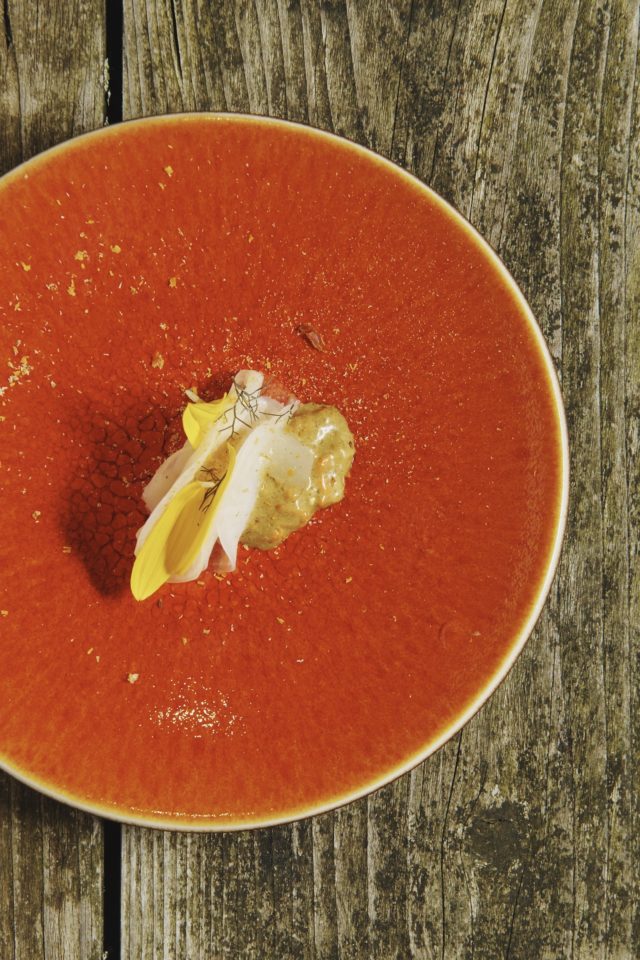 Slovenia is gaining more and more attention as a gastronomy destination. The gourmet story between the Alps, the Mediterranean Sea, the Pannonian plains and the Karst is being written by top Slovenian chefs who are known throughout the world, together with leading winemakers from the various wine-growing regions of Slovenia, topped with an amazing and clean nature.

With the intention of presenting the top Slovenian gastronomy and placing Slovenia on the gastronomic map of the world, the Slovenian Tourist Board designed a special culinary tour together with known Slovenian and Worldwide chefs and in cooperation with certain key players from the culinary industry, opinion makers, journalists and photographers.

Main star of culinary tour was Slovenian chef and modern cuisine innovator Ana Roš from Hiša Franko, who was declared the most talented chef in 2015 by the prestigious culinary association Jeunes Restaurateurs d’Europe and was also a part of famous Netflix series Chef’s Table.

Together with other Slovenian top chefs Janez Bratovž, Uroš Štefelin, Bine Volčič, Luka Košir and Matej Tomažič she introduced three of the most famous world chefs with amazing world of Slovenian gastronomic diversity, some of the best Slovenian winemakers and local food producers.

One of the worldwide known chefs was the world’s biggest rising chef stars, Rodolfo Guzman, with his Borago restaurant in Santiago, Chile No. 36 in the world and No. 2 in Latin America on the famous The World’s 50 Best Restaurants list. Two other top chefs joined in this culinary tour were Leonardo Pereira of Portugal, a former head chef of the renowned Noma restaurant, and Philip Rachinger, an experienced master chef from the Mühltalhof restaurant in Austria.

Besides 3 top chefs, the culinary tour was also visited by Andrea Petrini, published author, opinion maker and creator of some of the most important events in the culinary industry worldwide. And of course some of the world’s leading food & travel journalists, precisely Nicholas Gill, a writer and the leading culinary blogger of The New York Times; Melinda Joe, a reporter for the CNN, The Wall Street Journal and The Japan Times; Anna Burghardt, editor of the culinary column at Die Presse Austria; Margo Schachter, an adviser in the field of culinary and lifestyle content and an associate of specialised media, such as LaCucinaItaliana.it, Vanityfair.it, Good Living, and Jamie Magazine Italia. The team also included one of the most currently renowned food photographers in Europe, Benjamin Schmuck and Philippe Vaures Santamaria, who caught the highlights of the journey on camera.