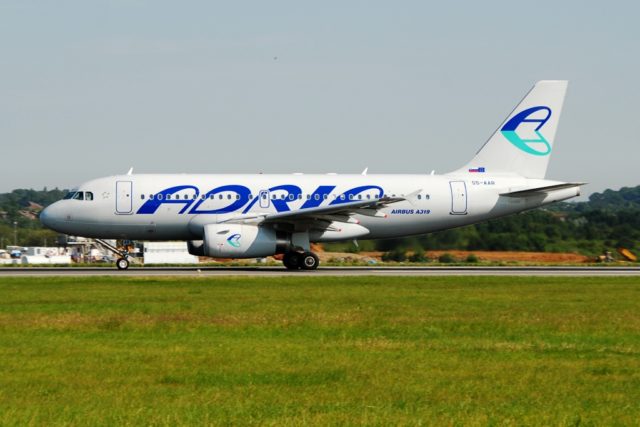 Adria Airways is planning to launch flights between Ljubljana and the Iranian capital Tehran this summer season, EX-YU Aviation News has learned. The service is expected to operate three times per week with the airline’s Airbus A319 aircraft, starting mid-June. Tickets are yet to be put on sale. The Slovenian carrier has announced plans to expand its destination network this summer, noting that the frequency additions to its 2016/17 winter timetable were “just the beginning of changes to Adria’s flight network”. The new service to Tehran will be timed so as to provide connectivity to passengers and feed onto the carrier’s Western European network. This is in line with the airline’s plans to transform Ljubljana Airport into a transfer hub between the East and West. Adria has not responded to a request to comment on the planned new service. During his visit to Iran in November 2016, Slovenia’s Finance Minister said the national carrier was considering launching flights to the country.

European carriers have been ramping up their operations to Iran as the country emerges from international isolation and sanctions, which were lifted a year ago. Last month Austrian Airlines announced it would launch flights to its third destination in Iran this summer, Shiraz, following Tehran and Isfahan. Arrivals in Iran during 2017 are being boosted by increased air connectivity from a number of centres. Italy is benefiting from Alitalia and Iran Air tripling their scheduled seats since November last year, the Netherlands is connected by one more daily flight from Amsterdam to Tehran by KLM since October 2016, while an increasing number of Belgian travellers are using Amsterdam to transfer to Iran, while Swiss travellers tend to route via Vienna. In addition to Adria, other carriers from the former Yugoslavia have recognised Iran’s potential with Montenegro Airlines recently confirming it would operate one weekly charter flights to Tehran this summer, while Air Serbia said it was considering services to the country this year.

Adria has begun updating its 2017 summer season network which has so far seen extra frequencies added on flights from Ljubljana to Amsterdam, Copenhagen, Moscow, Paris, Pristina, Sarajevo, Skopje and Warsaw when compared to last year, although more changes are expected. Adria has also expressed interest in other markets, such as Ukraine, and has been approached by Vilnius Airport over possible new flights. Unlike last summer, the airline is expected to operate a smaller network out of Poland following the suspension of its services from Olsztyn and Rzeszow last year. Furthermore, the carrier recently suspended one of its routes out of Lodz. Commenting on Adria’s future plans, the General Manager of Ljubljana Jože Pučnik Airport, Zmago Skobir, said in a recent interview, “Adria’s management is attempting to improve the business and we are seeing a change. The number of Adria’s transfer passengers (from the Balkans) are growing again. Adria’s new owners are obviously doing the right thing and the market is growing”.