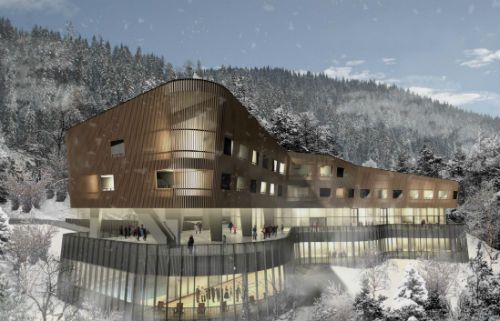 The hotel will be built under the brand “MGallery by Sofitel”, and the works have already started in Tarcin. Opening of this hotel is planned in September this year and the investor is Tarcin International Development Company.

“Accorhotels” is a multinational company based in France, which has 3,700 hotels in 94 countries around the world even, measured in billions of dollars.

Hotel and spa center will be built on a 35 hectares in Tarcin near Sarajevo, only 15 minutes from the International airport and it will have a pool, spa, fitness center and conference rooms. Enes Kazazić, an investment’s representative, points out that the world famous brand is an excellent choice for this facility.

“We are confident that MGallery Sofitel Tarcin Forest Resort & Spa will be a top destination for those who love life, nature and relaxation,” says Kazazić. Behind this successful investor there is number of successful projects in Sarajevo: Marriot hotel, elite neighborhood Garden and superior facility Palace in the center.

New hotel in Tarcin will have 55 rooms and nine villas with private gardens, a restaurant and bar.

Gilles Clavie, the first man of this great international grupation, said that the company is entering the market which until now they were not present, but he sees the potential. “Bosnia and Herzegovina, as well as the rest of the Balkan countries have a growing business potential and this hotel confirmed that we want to expand in the region. I am confident that we will soon sign new contracts for this part of Europe,” said Clavia.  The value of investments is not specified, but given the size of the project, the value is close to several millions.