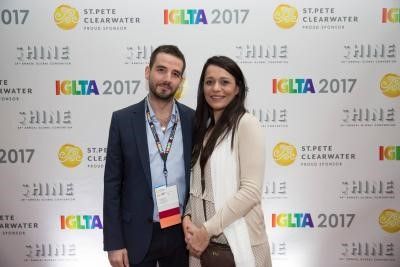 During the convention more than 20 prearranged meetings with buyers and professionals took place with the buyers’ interest focusing on receiving information about Athens and the ACVBs members.

The aforementioned interest, attests to the City’s organized effort and focused strategy in promoting Athens as a gay friendly destination and strengthening the LGBTQ local community towards this direction in cooperation with Mr. Giannis Papagiannopoulos, IGLTAs Ambassador for Greece, organizer of the Athens Pride, and managing director of HomoEvolution, who also participated at the Convention.

According to the latest study among travel agents and tour operators about LGBTQ travelers that was performed by IGLTA in collaboration with Penn State’s School of Hospitality Management, over the next five years, the LGBTQ community will become more “mainstream” and less a niche market for tourism. Overall, tour operators predict that LGBTQ travel will grow, with 89 percent of participants expecting growth through 2020 and 85 percent expecting growth through 2025. The IGLTA announced the findings at the start of its global convention in St. Petersburg.