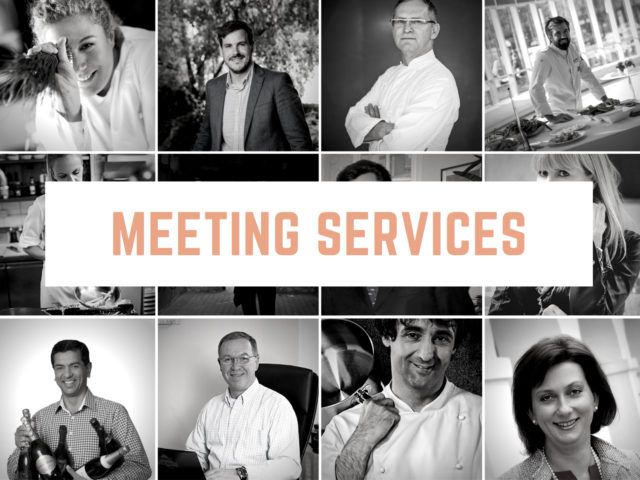 THE MOST INFLUENTAL PEOPLE IN THE SEE MEETINGS INDUSTRY -
2017 EDITION

Have you ever wondered just who might be the top influencers in the New Europe Meetings Industry? As the industry rapidly evolves, it is clear that some key influencers actually have the same reach and draw as big companies, so individuals matter in a way that has never been possible before.

The Editorial Board of Kongres Magazine has once again assessed more than 80 influencers in Central and South East Europe after reviewing highlights from the Meetings industry in 2017 and has based their assessment on several key criteria, such as:

• Achievement of the best financial and other multiplier effects of the meetings industry in 2017, (significantly deviating from the average);
• Implementation of the most demanding improvements and innovations in their field, which also includes successfully implemented projects that have defined the year 2017;
• Help in enhancing the reputation and profile of the meetings industry in 2017;
• Innovations that facilitate the work of meetings organisers, or in their way have pointed the direction of the industry in the future.

Based on 680 individually completed surveys, Kongres magazine has analysed and shortlisted the TOP 45 most influential people. They have all contributed to the development of the region and our readers have chosen the best of the best. We have also added 2 newcomers in each category, voted by our readers.

The candidates have been divided into 5 categories.

Ana ROŠ, Hiša Franko
Ana Roš is a chef an co-owner of Hiša Franko (currently ranks No. 69 in the world, according to the World’s 50 Best Restaurants organization), the family restaurant in Kobarid, a small town in Slovenia very close to the Italian border. Besides cooking her second greatest pleasure is travel and she is a world traveller. Her dishes are full of intense flavours, lovely colours and unusual combinations – and they are always delicious. She was recently named World’s Best Female Chef 2017 by the World’s 50 Best Restaurants awards. Last year, she also starred in an episode of Netflix’s Chef’s Table and was the first woman to join the exclusive Cook It Raw chef community.

Thomas GRUBER, Carinthia
The main characteristic of the “Gasthaus von Thomas Gruber« at the lake Wörthersee is the regional cuisine, where different cultures and genuine dishes/origins from Slovenia, Italy and Carinthia meets. Eating and drinking together becomes the indispensable experience factor. Thomas Gruber is not following the culinary mainstream, so instead of great gourmet menus, you will find dishes with heart and mind. He gained knowledge and experience for many years in the most prestigious restaurants and hotels in the States, France, Italy and Austria. In 2013, he opened his own restaurant “Gasthaus von Thomas Gruber”.

Martin JEZERŠEK, Jezeršek Catering
Martin Jezeršek, the youngest son of the renowned Jezeršek family, has been successfully managing the family business with over 35 years of tradition and experience in the field of HORECA, for the last five years. After a graduation at the best hospitality and hotel management school in the world, Ecole hôtelière de Lausanne in Switzerland, he returned home to take over the family business. He has internationalised the company through the brand Sora Catering and passed the test with flying colours, taking up the family business management, with a desire to become the leading catering provider in South-Eastern Europe and to rank among the top 10 organizers and catering services providers in the European Union. Due to Martin’s contribution, Jezeršek catering today is the leading company in the field of catering on the Slovenian market.

Sanjiv SURI, Zátiší Catering
Since 1991 founder of the Zátiší Group, currently operating four restaurants in Prague: V Zátiší, Bellevue, Mlýnec, Žofín Garden & Zátiší Catering, exclusive caterer to Žofín Palace, general caterer for Prague Congress Centre and exclusive caterer 2012 – 2013 to VIP Village Moto GP and Fresh & Tasty divisions. He earlier worked as General Manager, Food – Beverage Manager & Kitchen Coordinator at various hotel chains in France, India, Egypt and western Africa. He is a member of the UNICEF Supervisory Board, Head of the Board of Directors of the Prague Convention Bureau, member of the Young Presidents Organisation worldwide, and Vice president of the American Chamber of Commerce Supervisory Board.

Dada JEROVŠEK, Kaval Group
Dada Jerovšek is an architect turned entrepreneur who heads up The Kaval Group, a collection of 19 bars, fine dining restaurants, casual cafes and, of course, Lolita, the best ice-cream in the world (according to #worldICECREAMindex). The Kaval Group is made up of hospitality experiences that are undeniably Slovenian, yet comparable with any contemporary trend from New York or London.

Janez BRATOVŽ, JB Restaurant
World-renowned chef Janez Bratovz has always been defined by his strong desire to find perfection. His culinary creations are bold and original, and you can savour the tastes of exquisite plates and let yourself be entranced by a completely new culinary experience. JB’s dishes are from completely fresh ingredients straight from Ljubljana’s farmers’ market. You will be charmed by their presentation and primal taste, especially so by the unforgettably unique combination of the Mediterranean, French and nostalgic Slovene cuisines.

Jerneja KAMNIKAR, Vivo Catering
At the 20th anniversary she earned her ranking through the socially responsible co-operative project of setting the Month of Design in the abandoned factory premises of Mladinska knjiga. The revival of this place has created a completely new event space in Ljubljana with an unimagined development potential. Visitors to the event were excited about the look of the premises; this is a completely new dimension of socially responsible conference tourism.

Tomaž KAVČIČ, Zemono
Tomaž Kavčič, or ‘Tomi’, is not just a chef – he is much more than that. He is an artist who creates beautiful, delicious and accomplished dishes to be found in his restaurant Pri Lojzetu in the beautiful, baroque Zemono mansion located near Ajdovščina. He is also a culinary star (although he has not (yet) been awarded any Michelin stars) who has added Slovenia to the culinary map of the world.

Ana GRGIČ, Esplanade Zagreb
The highly talented, experienced and charming Ana Grgić (35), already in her fourth year, continues her role as executive chef of the prestigious Zagreb Esplanade Hotel. In 2012 Ana proudly became the very first woman to lead the Esplanade’s kitchen and went on to follow the tradition of crafting exceptional cuisine, putting her specific culinary touch into all her dishes. Ana continues to drive her passion and perfect her culinary talent, working alongside a number of award-winning chefs as guests at the hotel, such as Xavier Mathieu and Pascal Tingaud.

Newcomers in 2017, voted by readers

Robert SHARADIN, Sharkam VIP Catering
Sharkam catering was established in 1998 and belongs to one of the European leaders in catering. They are mostly proud of having built the business from scratch on solely Slovak capital and through years of testing know-how. The majority of their business is in event catering, although they are also one of a very few caterers in Europe to specialize in protocol catering. Their marketing policy is built on offering a first class service and quality and which additionally guarantees a sufficient quantity of food and beverages.