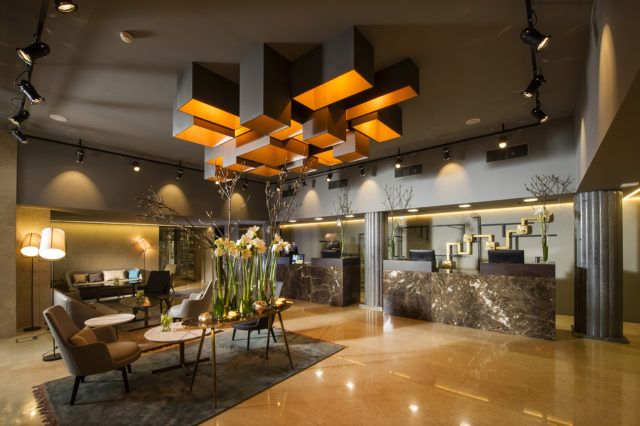 After a strong growth in turnover already in 2016, the past financial year was once again concluded successfully with a double-digit growth. In 2017, total revenues generated by Best Western to hotels in ten countries in the region Central Europe grew by more than ten percent to over 171 million euros compared to the previous year. In the countries of Central Eastern Europe (Croatia, Slovakia, Slovenia, the Czech Republic and Hungary), generated revenues were increased by 19 percent. In Germany and Luxembourg, numbers grew by eleven percent to 147.2 million euros.

In Central Eastern Europe, eleven hotels with 1,195 rooms in Croatia, Slovenia, the Czech Republic and Hungary are supervised from Eschborn, Germany (as of January 1st 2018). In these countries, Best Western generated total revenues of 5.67 million euros, which is a strong growth of 19 percent. In 2017, the roughly 200 Best Western hotels in Germany and Luxembourg were able to generate total turnover in excess of 147.2 million euros, which is a rich growth of eleven percent. In Austria, the brand currently counts nine hotels with 880 rooms (as of January 1st2018) in Vienna (3), Salzburg, Innsbruck, Graz, Wels, Feldkirch and Voesendorf. In the past year, the Austrian hotels received a total revenue of 5.81 million euros generated directly by the brand, which is a plus of five percent compared to the previous year. In Switzerland, the brand currently comprises of 15 hotels with a total of 1,007 rooms in Zurich (2), Bern, Zermatt (2), Chavannes-de-Bogis, Lausanne, Geneva, Schaffhausen, Lugano, Lucerne/Horw, Bulle, Winterthur, Rorschacherberg and Neuchâtel.

In the past year, Swiss Best Western Hotels benefited from a total revenue of 12.56 million euros generated by Best Western and thus reached the previous year’s high level. “The great and, in most cases, even increased generated revenues to the hotels show that with our services we are able to successfully bring business in hotels and that our comprehensive marketing and sales measures have been fully effective”, says Smola.