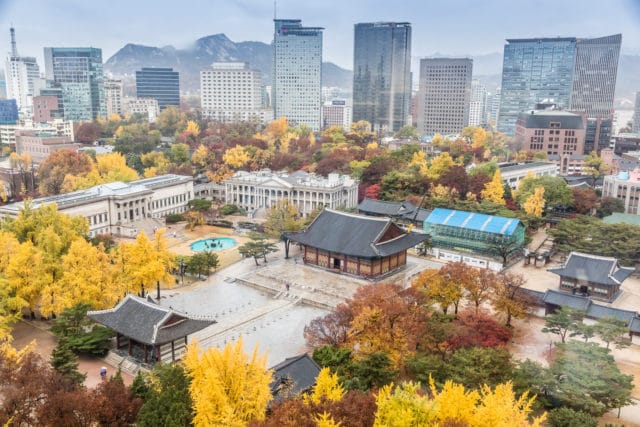 South Korea went through rapid and spectacular economic development in the brief time of only one generation. The war left Korea one of the poorest countries in the world, but today Korea’s economy is the 11th largest in the world, and the 4th largest in Asia. It is a symbol of the technological boom. The war made Koreans the survivors, and they are also the winners on the global technological market. South Korea is the home of some world’s top tech brands as Samsung Electronics, Kia, Hyundai Mobis, LG, Daewoo and many more.

What saved Korea from poverty, and raised her among the world’s leading economic forces was discipline, motivation, education and knowledge. The country has basically no natural resources and yet they became world’s leading importer and exporter. The incredible technical heritage can be noticed on every step of the way, and technology is precisely what made Korea recognisable as one of the world’s most innovative countries. Besides technology and science, medicine and manufacturing also represent the main features of the Korean business world.

Korea opened its door to the world in 1988 when it hosted the Summer Olympics in Seoul. And after 30 years South Korea again hosted the Olympic games this year in PyeongChang, this time the winter edition. The country proved that it is perfectly capable of hosting an international event of such a dimension, and most important, that they can provide a totally safe environment, not disturbed by the tensions awakened by North Korea.

Today South Korea is very easily manageable from 186 locations worldwide. The country is within a 3-hour flight radius from every Asian country and is very well connected to all the main European and American airports. And for visitors from more than 150 countries it has visa-free entry. To travel through the country Korea has developed a highly fast and convenient transport – subways, highways, taxis, high-speed trains (KTX) and airport limousines buses that comfortably and reliably take you almost everywhere in the country.

According to KTO MICE participants spend 3.1 times more money and stay 1.4 times longer than general tourists. The Korean MICE industry has achieved substantial growth in terms of quantity. And Korea has been attracting more and more foreign MICE participants. And the next step is to make quality development and to increase Korea’s reputation on the international stage.

Korea is indeed a land of opportunities for incentives. The fusion of nature, adventure and tradition, from temples and palaces to massive ultra modern technological super-buildings, skyscrapers and shopping districts make endless options. Cities like Seoul, Busan, Daegu and Goyang are a great fit for MICE, boasting large capacity and clean, refined facilities. The most interesting and “Korean” incentive is still the tour to the Demilitarized Zone (DMZ), the weapon-free buffer zone between North and South Korea, the so-called no man’s land. The 2km-wide stretch of land both north and south of the line extends largely from Gyeonggi-do to Gangwon-do, including seven different cities and smaller counties of Paju, Yeoncheon, Cheorwon, Hwacheon, Yanggu, Inje and Goseong. The zone has been protected from human disturbance for about 6 decades and has unintentionally become a haven for wildlife, making it a popular destination for nature lovers.

Korea also maintained 13th place on the latest International Congress and Convention Association (ICCA) World rankings with 279 qualified meetings hosted in 2017. And the ICCA Asia – Pacific Meetings ranking ranked Korea as no. 3 in the region, and 3 South Korean cities among the top 20 cities (Seoul – no. 2, Jeju – no. 13 and Busan – no. 17).

An interesting marketing strategy from the Korean Tourism Organization (KTO) with the goal of attracting a greater number of MICE groups from South-east Asia and China was revealed during the opening ceremony of the Korea MICE Expo. The KTO pronounced a popular K-pop boy band SHINee as a Korea MICE Honorary Ambassador. Fusing the popular Hallyu in MICE is indeed a new approach to attract the target markets. KTO plans to produce promotional materials featuring SHINee (videos, welcome cards…) which will be included in its Incentive and Corporate Support Programme.

Regarding infrastructure for the development of the MICE industry Korea has certainly done a lot. But the key challenge for the Korean MICE industry in the future is probably allocation of professionals and most important of all recruiting foreign workforce and training local suppliers to understand foreign clients’ thoughts and values. While Korea is extremely hospitable, and the service level is extremely high, it still can improve the understanding of main cultural differences, especially for non-Asian visitors.