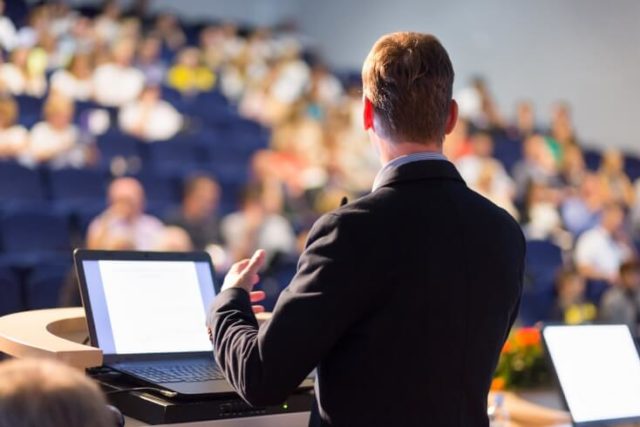 On Saturday, 15 September, the 12th Pan-European Conference of the European Association for International Relations (EISA) was successfully concluded. The event took place at the Prague University of Economics and it has seen several important milestones, both from the perspective of the association and for organizers at C-IN.

C-IN‘s blog has already announced the news that was introduced at the EISA Conference – the mobile app called Conference Compass, which offers a simple overview of the program, venue and any current information. Participants could also communicate with each other or set up their individual program through the application by adding individual panels to the favorites tab. Users praised the new multimedia, which can be seen by the number of downloads there were- at the last conference, the app was downloaded by 948 visitors to their mobile phones and the “my program” page was the most visited application tool. This event completely dropped printed programs and saved more than half a ton of paper.

It is also worth mentioning the total attendance of 1312 delegates from different countries around the world. The challenge for the C-IN Scientific Department was the organization of up to fifty lecture blocks, which ran parallel to each other.

This year’s theme was “New Hope: Back to the Future of International Relations,” from which the themes of the individual panels were based. Contemporary questions were discussed about the future of theories of international relations and their usefulness, the problematic aspects of the Security Council, the legality and legitimacy of international interventions, the relationship between pop culture and the contemporary Western society, and questions about the existence or non-existence of Trump’s political doctrine.

Current themes also attracted important personalities, including six ambassadors and “superstars” in the field, such as Professor David Chandler, or leading Czech scientist Derek Sayer, who led the introductory welcome lecture “Prague at the end of its history”. The program included the General Meeting of EISA for its members and a gala evening, which took place in the Grébovka villa in Havlíčkovy sady. The project manager Karel Ježek stated: “The conference had unprecedented success, which was concealed in smaller details awarded by the participants. In addition to a conference application that helped people navigate through the rich program and the university buildings, people praised the possibility of gender-neutral toilets or a conference kindergarten for families with children. The greatest joy, however, was brought by the tram lines of Prague public transport, which the delegates were able to exclusively use to get to the Gala dinner. These and other incentives will be used in the organization of the next EISA conference to be held next year in Bulgaria’s capital, Sofia.”