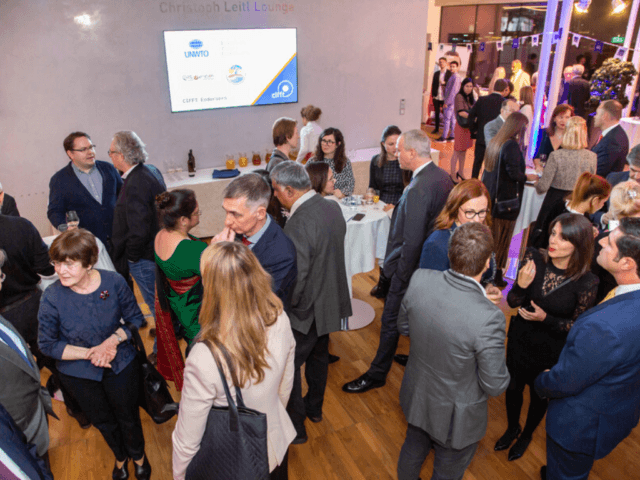 On November 12th the Grand Prix CIFFT was held for the 31st time in Vienna. From over more than 3,000 entries, a People’s Choice Award, eleven nominees and two Grand Prix winners for film and commercial have been determined and awarded at the Ceremony at the Austrian Federal Economic Chamber in Vienna. Among them were filmed from Austria, Azerbaijan, France, Germany, India, Latvia, Portugal, Spain and the United Arab Emirates. The audience, consisting of experts from the tourism and film industry, ambassadors and press representatives, was impressed by the quality of the films.

The Grand Prix for the World best tourism film went to the production “Insider’s Guide to Riga” Produced by DDB Latvia and nonsense.tv for Riga Tourism Development Bureau. The task was to create a video content for Facebook that would differ from the typical destination advertising and be appealing to a younger crowd to promote Riga as a city-break destination in our target markets.

The Grand Prix for the World best commercial went to the for Department of Culture and Tourism of Abu Dhabi for the spot “Abu Dhabi – Your Extraordinary Story” Produced by M&C Saatchi UAE and Boomtown Productions to developed in line with Abu Dhabi’s cultural heritage but to also allow for the breadth of experiences and adventures that can be had leaving visitors with their own extraordinary stories to take home and share.

For the second time, a People’s Choice Award was handed out at the Grand Prix CIFFT. In total, all competing films received more than 65 000 votes from 176 countries. The CIFFT “People’s Choice” Award 2019 went to “Azerbaijan: Take another look” Produced by Landor and Adore Creative for Azerbaijan Tourism Board with 18 239 votes.