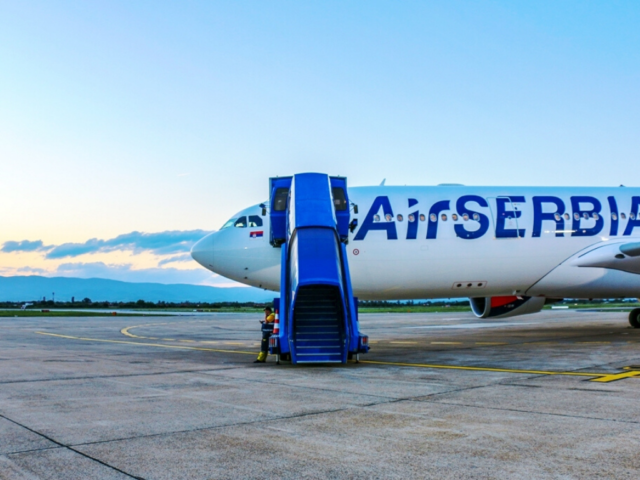 The development marks the carrier’s entry into the markets of Jordan and Moldova, as well as expansion in Italy, Switzerland, Russia and Ukraine. Rostov-on-Don will become Air Serbia’s fourth destination in Russia following Moscow, St Petersburg and Krasnodar. Florence will be the airline’s fifth destination in Italy after Rome, Milan, Venice and Bologna, while Lviv, which has been seeking flights to the Serbian capital for some time, will become Air Serbia’s second destination in Ukraine. In addition to the new routes, Air Serbia will be increasing frequencies on existing destinations, such as Prague, Zagreb, Tirana, Skopje, Bucharest, Ljubljana, Dubrovnik, Tivat, Larnaca, Madrid, Barcelona and Istanbul. The carrier previously scheduled a new seasonal service from Kraljevo to Thessaloniki for the coming summer.

Commenting on the network expansion, Air Serbia’s CEO, Duncan Naysmith, said, “We continue the success from last year, during which we achieved a record number of passengers, but which also saw a great expansion of the network and the launch of operations from two other airports in Serbia. Our goal is to remain the airline of choice for all passengers from the region and to thus support the further economic and tourist growth of the Republic of Serbia. In addition to expanding the reach of the international network, we continue to improve the quality of service based on new trends in the airline industry, as well as the opinions of our passengers”.

Meanwhile, Air Serbia has seen its busiest January since relaunching operations under its new name in 2013 as a new commercial strategy, introduced last year, starts yielding improved results. The carrier handled 168.858 passengers from Belgrade Airport during the first month of the year, representing an increase of 27% or an extra 36.000 travellers in 2019. At the same time, the airline’s average cabin load factor improved seven points to 69%. Sales of ancillary services increased by 44%. Air Serbia’s General Manager for Commercial and Strategy, Jiri Marek, said, “We are pleased to have started a new year by setting new records and to have posted great results already in January which, when it comes to passenger numbers, stands for a weaker month in the airline industry. Last year was Air Serbia’s most successful one so far by the number of passengers carried and new destinations. We are happy for providing firm grounds for further development in 2020”. Air Serbia handled 2.81 million passengers in 2019, with the figure expected to be overtaken this year.