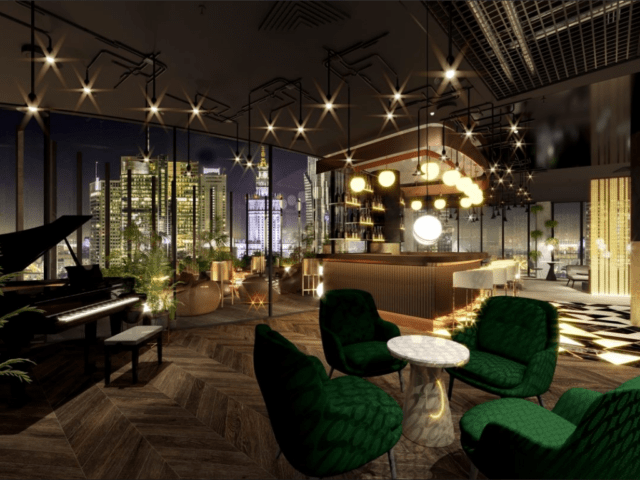 Both the tourism industry as well as tourists and Warsaw residents eagerly awaited the opening of several new Warsaw venues. The coronavirus pandemic, unfortunately, thwarted these plans and postponed them. Now Warsaw is ready. The long-awaited hotel facilities as well as new attractions on the tourist map of Warsaw can finally open.

Warsaw is ranked as the world’s seventh greatest emerging market, becoming a new CEE hub for business, art, design, food, and an alternative, cultural city destination. Poland has also been in the global spotlight recently – thanks to a fast lockdown, Poland was one of the least affected countries in Europe by the global pandemic. As Forbes reports, Warsaw has been ranked among the safest places in Europe to visit this Summer. At the same time, from July 1, LOT Polish Airlines resumed regular international passenger flights. Warsaw is ready to welcome the first international tourists, and the long-awaited facilities can finally announce their openings and prepare for the fall season of events and conferences. We are unveiling some details about new hotels and event venues in Warsaw.

Elektrownia Powiśle was opened in May 2020. It is a unique place on Warsaw’s map, where history meets modernity. The old power plant is located in the very heart of green Powiśle – a district which for many years inspires the entire city. The proximity of the Copernicus Science Center, University of Warsaw Library, Museum of Modern Art, and the Vistula boulevards is what makes this area the cultural and entertainment hub of Warsaw.

Over 70 shops, 32 culinary concepts including cafes, bars, and restaurants, as well as the innovative Beauty Hall dedicated to beauty and well-being, await for the clients at Elektrownia Powiśle. As a multi-use project, Elektrownia Powiśle brings together several functions that also include three A-class office buildings, apartments for rent, and a 4-star boutique hotel Barceló (to be opened in 2021).

Elektrownia Powiśle is the perfect place to organize a digital conference, an interactive workshop, an elegant banquet, or an unforgettable themed event. The combination of the historical buildings and equipment preserved from the former power plant together with modern architecture helped to keep the industrial character of the place and establish its unique style. All this created a harmonious space, perfect for both work and leisure. Prime location close to the city center and convenient public transport connections make Elektrownia Powiśle easily accessible from any part of Warsaw.

The city’s first true design hotel, Nobu Hotel Warsaw is a combination of two wings: the ‘classic’ is housed in an Art Deco building, the former Hotel Rialto, which dates back to 1920s inter-war Poland, and the ‘modern’ is an ultracontemporary, new build – designed through a transformational, cross-continental collaboration: a concerted effort between Polish architectural firm, Medusa Group, and California-based Studio PCH. Respecting the city’s history and resilience, the result tells the story of present-day Warsaw: open, modern, and diverse. The rooms span classic to ultramodern, representative of Poland’s rampant revival, allowing guests to choose the style to suit their taste. All exude a sense of calm with Japanese design, and those in the contemporary new wing feature floor-to-ceiling windows with either city or skyline views. All public spaces throughout the hotel house modern Polish art masterpieces from the Jankilevitsch Collection.

Nobu Hotel Warsaw’s flexible 438m² events space provides a stylish setting for large conferences and meetings and can be divided by a mobile wall with acoustic separation, to offer two independent spaces – the Sakura room at 266 m2 and Hikari room at 171 m2. Crushed glass walls allow plenty of natural light and an independent lobby complete with terrace allows for total privacy. Further meeting rooms with state-of-the-art facilities exist on the same floor. These can be combined with a variety of bespoke services including planning, catering, business services, and technology, including Wi-Fi and audio-visual equipment.

A two-brand hotel facility is being built in the center of Warsaw, in the dynamically developing business district at Rondo Daszyńskiego. Crowne Plaza® Warsaw- The HUB and Holiday Inn Express® Warsaw – The HUB belongs to one of the largest hotel chains in the world – IHG® (InterContinental Hotels Group). The opening of both facilities is planned for November 2020.

Crowne Plaza® Warsaw- The HUB, the first hotel of this brand in Poland, will offer a modern conference space with 31 functional rooms, from intimate boardrooms to a comfortable ballroom. The hotel serves Modern Travelers, who crave a hotel experience that blends work and restoration and looks to embrace new opportunities and see business travel as an inspiring break from their routine. Plaza Workspace innovative design approach, helps guests move seamlessly from work time to downtime and can be used for co-working or relaxing. The Dare to Connect service style enhances satisfaction by ensuring hotel’s staff have quality personal interactions with guests throughout their stay.

Food lovers will also find something for themselves. The Executive Chef Paweł Suchenek was appointed in April. For over twenty years, he has been gaining experience in luxury hotels in Switzerland, Belgium, Great Britain and Armenia, he also honed his skills in the palace of a former emir in exotic Qatar. Offering modern takes on the traditional food concept, the Signature Bar in the lobby allows you to get what you want and when you want. A menu that features on-trend, sustainable ingredients to promote productivity, restoration and inspiration in a relaxed environment. From powerful breakfasts through healthy snacks to signature dining options. The all-day menu will feature delicious food and drinks for every occasion. Nova Wola restaurant will offer simple plates of food, using high-quality ingredients sourced from Polish suppliers and foraged in the wild. The restaurants will serve authentic Polish cuisine, where ingredients and national products are celebrated. The restaurant focuses on traditional dishes and the simplicity of these, but utilizing unique ingredients. With an outside terrace, world-class bartenders and an exceptional location on the 21st floor, overlooking the city’s panorama, The Roof bar will be an excellent place for a casual drink, meeting with friends or your corporate event, while enjoying some of the best live music performances.

Holiday Inn Express® is a well-known brand in Poland, created for travelers who value simple and smart travel experience. In order to guarantee travelling without hassle and complication, the hotel offers faster check-in, EXPRESS Start ™ Breakfast always included in the price of the stay, complimentary Wi-Fi, quality bedding, a choice of pillows and bedside power outlets.