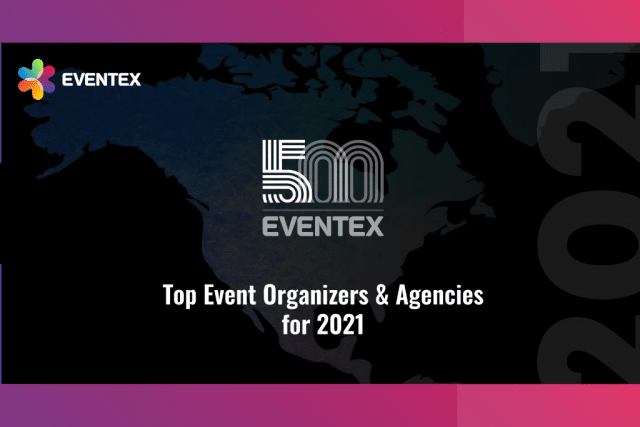 Eventex 500: The Top Event Organizers and Agencies in the World for 2021

The Eventex 500 index represents consistent excellence in the meetings and events industry. It features the most awarded agencies and organizers from the 20 most prestigious event and experience marketing awards worldwide.

The company that takes first place in the ranking is Dutch digital production agency MediaMonks and their fun motto “crafted with care, coded by coffee, celebrated with champagne.” MediaMonks produced a series of powerful campaign experiences across event mediums in 2020-2021 and won multiple awards not only from Eventex but also other prestigious accolades, which resulted in the highest ranking score among the 500 companies on the list.

Next in the ranking is British experience agency Outreach Creative who topped our UK Index this year and takes a well deserved second place in the global ranking. Outreach Creative shone with multiple awards at Eventex 2021 for their heart warming Manchester light and lantern ‘Lightopia Festival’ during the darkest days of the pandemic.

Third on the list is Dutch creative experiential agency WINK, which proves the Netherland’s strong presence in regards to world-class agencies producing world-class experiences over and over again. The campaign that made them stand out was the launch of Budweiser’s immersive program BudX Miami, a three-day cultural event built around Super Bowl weekend, which was the largest integrated marketing and influencer program in AB InBev history, combined withBUDX Amsterdam, a two-day cultural melting-pot consisting of panel discussions with trendsetting culture icons by day and stellar music performances by night.

“Make no mistake, making the “Eventex 500” index is a tremendous accomplishment. We base this ranking on Eventex Awards and 19 other popular event industry awards from around the world. Every single company on the list is a winner that has continuously delivered extraordinary experiences and deserves all the plaudits for their excellent work.” comments Ovanes Ovanesian, Co-founder of Eventex.

“Eventex 500” with the full list of the top event organizers and agencies can be viewed here.