From a B2B perspective, the success was measured by:

2. How do you measure stakeholder satisfaction in the B2B exchange AIME?
The satisfaction of stakeholders is measured by an annual, post show survey which reviews the experience of exhibitors, buyers and visitors. Areas covered include satisfaction with the quality of exhibitors/buyers, likeliness to attend AIME again, number of meetings conducted, business expected to take place as a result of the show and whether they have attended before.

3. How to implement quality control of the project?
The use of the aforementioned post-show survey is our key tool in monitoring feedback about the show and these results are then used to take AIME forward, developing with new concepts and initiatives on the basis of what our attendees want to see.

We also use the independent auditors CAB (Circulation Audit Board) to ensure our numbers are accurate and reliable, giving all attendees the confidence that they are investing in an event that is reputable.

4. Are you in favour of using independent auditors for the evaluation of AIME?
We are definitely for the use of independent auditors, which is why we insist on the CAB audit each year. It is these independent audits that stand us apart from competitors who don’t use an independent evaluator and instills confidence in everyone who works with us that AIME is the leading show of its kind in the Asia-Pacific region. 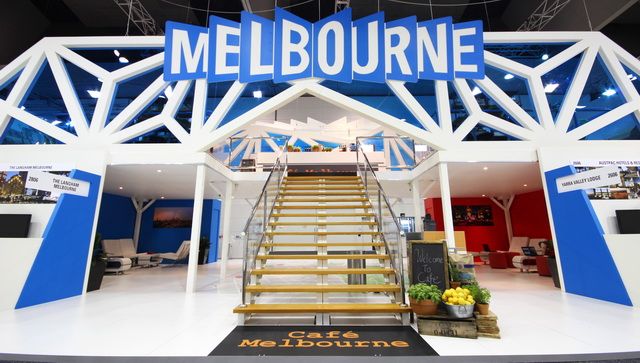 About AIME
The Asia-Pacific Incentives & Meetings Expo (AIME) is owned by the Melbourne Convention Bureau (MCB), a not-for-profit organisation that markets Melbourne and Victoria nationally and internationally as a premier business events destination. AIME brings associations and event planners from around the world to Melbourne annually, for a two-day networking event where the best meetings and incentives destinations and products are showcased to the industry.

The show is managed by Reed Travel Exhibitions (RTE). RTE is part of Reed Exhibitions.

Volkan Ataman: Long-term, not period-based, steps should be taken

Kongres interview: “Ecology, Efficiency and Ethics are who I am”

Meetings are returning to the heart of Ljubljana

Meetings are returning to the heart of Ljubljana

Project “Make Yourself at Home in Prague” Starts in July

Creative during the crisis