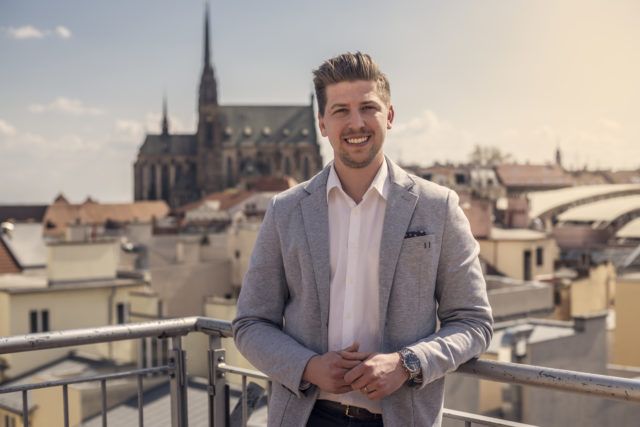 [pullquote]Our destination is the second most successful in the Czech Republic, following the number one – Prague – with other regions lying far behind.[/pullquote]Q: What trends do you think we will see in meetings and events in your city in the next 12months?
Meeting planners are looking more for unique venues (chateaux, museums or concert halls), newly refurbished hotels and venues and specific incentive ideas. I have noticed that meeting planners are becoming more responsible for hosting destinations and they are eager to leave a legacy.

The factors that are considered as crucial for event planning are accessibility, flexibility and creativity of suppliers, quality of services provided and personalization during the bidding process.

South Moravia and the City of Brno are improving the region‘s accessibility by looking for new connections between the international airport in Brno and important international hub airports, i.e. the new direct line which connected Brno and Munich in November 2015.

Q: How is your city positioned as a meeting destination today and what are its positive attributes that are often overlooked?
The meeting industry in our destination has been achieving the best figures in recent years. In 2015, Brno hosted 15 association meetings according to the rankings compiled by the International Congress and Convention Association (ICCA), which means their number doubled compared to 2014. Increasing popularity of our destination has been also confirmed by the Czech Statistical Office, which collects data from collective accommodation establishments in the Czech Republic. Last year (2015) the region hosted 2,107 events, which represents 17% of all meetings held in the Czech Republic.

Our destination is the second most successful in the Czech Republic, following the number one – Prague – with other regions lying far behind.

Brno is a dynamically developing centre of industry, trade, science, information technology, research, and innovation, with business incubators and scientific centres of excellence, such as The Central European Institute of Technology (CEITEC), branch offices of the Academy of Sciences of the Czech Republic and Clinical Research Centre (ICRC).

For more than eighty years, Brno has been one of the largest trade fair cities in Central Europe. It boasts one of the world‘s largest exhibition grounds, with a net exhibition area of 130,000m². It is a significant university city, with more than 86,000 students, 14 universities with 34 faculties and three university campuses.

Q: How hard is it to get the message out about all that your city has to offer?
The competition in the field of the meeting industry is strong, both in Europe and in the world. We are focusing on less expensive but efficient marketing activities, like online communication (website, social media, newsletters, etc.), our target market being the Czech Republic and neighboring countries.

Q: How do you see relationship between the meetings industry and the tourism industry?
Although the main goal of the meeting industry is to transfer knowledge within the community of academics or scientists, I consider it as an important part of the tourism industry, because it generates demand for travel, accommodation, venues and other services providers. Decision makers also evaluate tourist attractiveness of the candidate destination. Last but not least, there is a chance that congress delegates will come back in future as regular tourists.

Q: Tell us something that might surprise meeting planners about your city?
Our region is heading for the club of the fifty most innovative regions in Europe and thanks to its growing business in computer technology, telecommunications, software development and other hi-tech sectors it is known as the „Silicon Valley“ of the Czech Republic.

The meeting planners value the wide range of accommodation and congress facilities as well as its natural and cultural monuments.

Our destination also boasts its rich industrial, scientific, cultural, technical and business tradition. The theatre building in Brno had been electrically illuminated earlier than that in Vienna, and the operation of trams in Brno started earlier than in Prague.

Brno is the place where Johann Gregor Mendel discovered the laws of modern genetics and where Leoš Janáček, world-famous composer, lived and composed his operas.

Made Pandis-Raie: “My hope is that sustainability becomes an integral part of events”

Cankarjev dom hosting most elite robotics conference in the world

The 10th Forum of the Croatian Meetings Industry in Hybrid Form

Cankarjev dom hosting most elite robotics conference in the world

The 10th Forum of the Croatian Meetings Industry in Hybrid Form