“Venue located in the heart of Bratislava Old Town with a construction akin to the Eiffel Tower.”

Situated in the centre of Bratislava, Stará tržnica, meaning ‘Old Market Hall’, is a historical building dating from 1910. For a long time it was unused, but a group of activists in Bratislava was able to take care of it and it quickly became a favourite spot for lovers of good food, design and history. During its more than 100-year history, it has served many purposes – a market hall, a television studio, a shopping mall with food and small shops. Since 2012, the Aliancia Stará tržnica civic association has been taking care of the building, transforming it into a multipurpose urban centre. The venue is also the home of a food market that takes place every Saturday from 10am (8am in July and August) until 3pm, while the many different cultural events take over the market for the rest of the week.

The modern, four star Art Hotel William is located in a sensitively reconstructed building right in the Central Passage and dating back to early 19th century. It blends a unique combination of historical features and modern luxurious equipment, and offers maximum comfort in its 21 double rooms, 11 business rooms and 4 suites, fully meeting the demands of a business clientele. The hotel is renowned for its friendly and homely atmosphere and the professional approach of the employees, as well as for its great location.
A lounge and two conference rooms are available at the hotel, the larger of the conference rooms being able to accommodate up to 60 people in cinema seating style, the smaller one up to 15 people in cinema seating.
There is also a fitness centre in the hotel, which is at the guests’ disposal, and in the Central Passage one can find fashion stores, coffee shops, a cosmetic salon and a hair stylist.

The Stará tržnica venue was recently taken over by a group of professionals who formed themselves as a civic organisation and decided on the revitalisation of the building, turning it into the biggest and most relevant meeting space and cultural centre in the Old Town of Bratislava that is now offering a variety of events, markets and public services.
They host many different kinds of events, including discussions, exhibitions, community events, congresses, conferences, design markets and concerts, to name some of them.
Stará tržnica hosted plenty of conferences, such as Reactive Conf, which is one of the biggest success stories, since is the world’s second largest event for reactive developers. This year, it will be held for 3rd time in a row in Bratislava, attracting more than 800 developers and more than 300 students for all over the globe.
The maximum capacity for a congress is approximately 800 people, depending on the venue set-up. For standing-only events, the maximum capacity can be over 2,000 attendees.

OFF THE EATEN MICE TRACK

As the building is situated right in the city centre, there are quite a few interesting restaurants within walking distance. In the Stará tržnica building itself there is Foodstock, a newly opened bistro that offers variations on the Japanese gyoza. Another restaurant in the building, Merica, will be re-opened this June.

The amazing historical building struggled for decades in finding a sustainable, working concept, yet recently it has become a staple of the city’s bustling shopping and arts scene, with its rich line-up ranging from regular food or design markets to large concerts, festivals and charity events. Tržnica is open for events only, although you can always grab a nice cup of coffee in its charitable Dobré & Dobré café, served to you by homeless people getting a chance to work. Alongside the professional bartenders, the staff with a background of living rough are now working with the chance to serve guests, and in wearing no nametags with job titles guests won’t be able to tell which these are, so those with sad stories won’t worry about any stigma – this is good practice CSR in action.
If you want to experience this unique space properly, take the chance to visit the wildly popular Saturday market gatherings, famous not only for its fresh fruit and vegetables, but also for its heaps of hard-to-find organic products and cheese, wine and honey from local farmers. Most of the products here are being sold directly by their producers (who are also mostly located in the Bratislava region) and there is also a selection of the best of the rest of the world.

Stará tržnica is located in the very heart of Bratislava Old Town. It would be hard to miss it, but for a sense of orientation Bratislava castle is about 15 minutes’ walk away.

The building was built in 1910 and has quite an interesting, eclectic architecture, with its construction being similar to that of the Eiffel Tower. 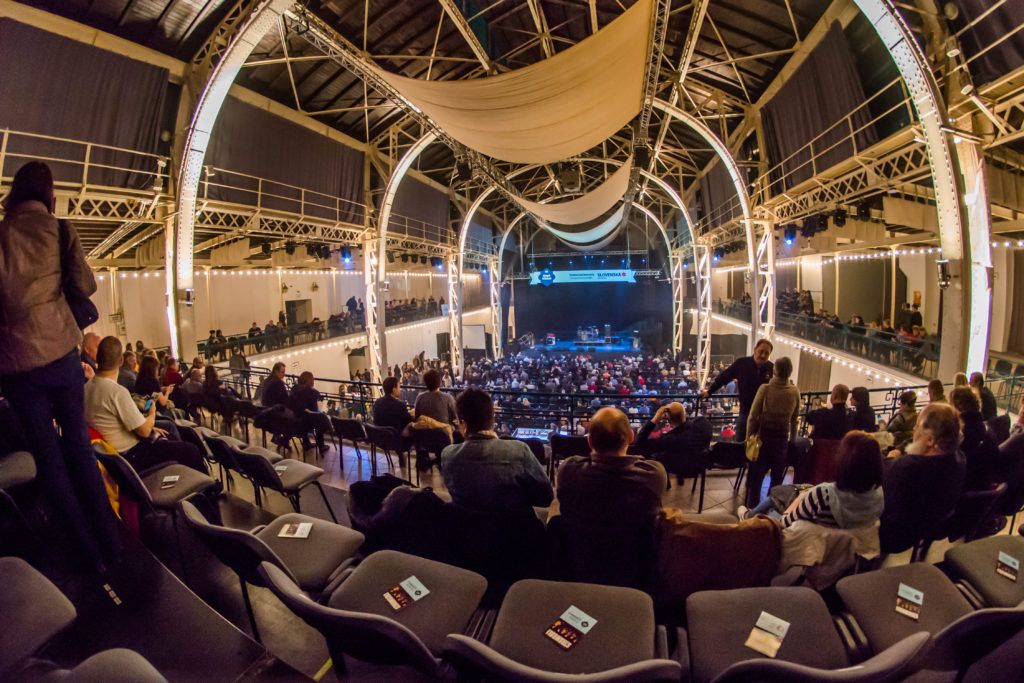 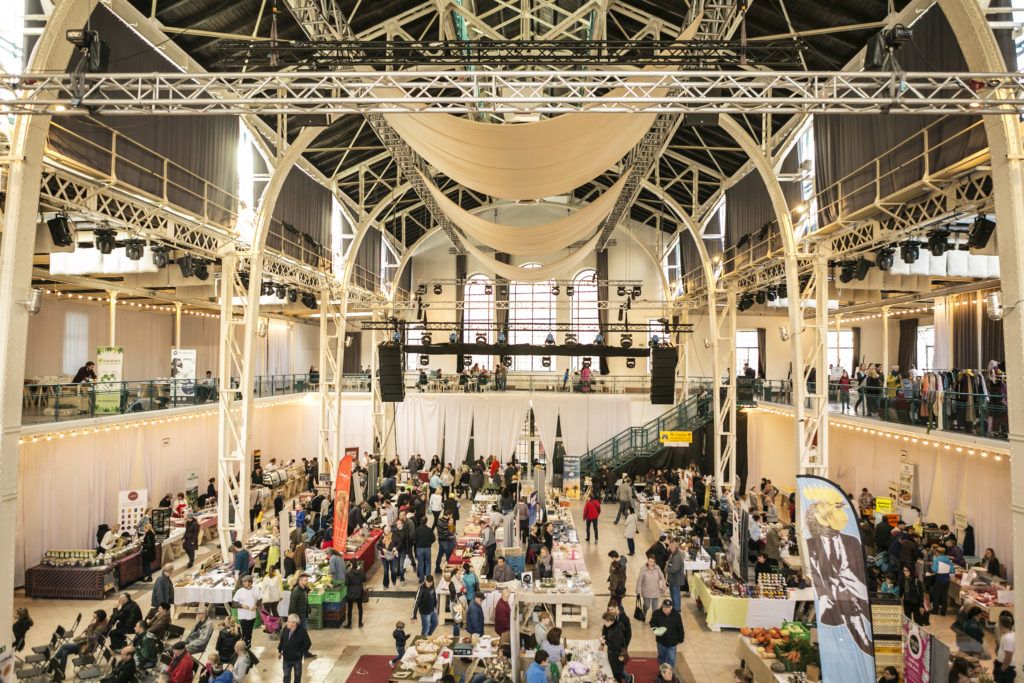 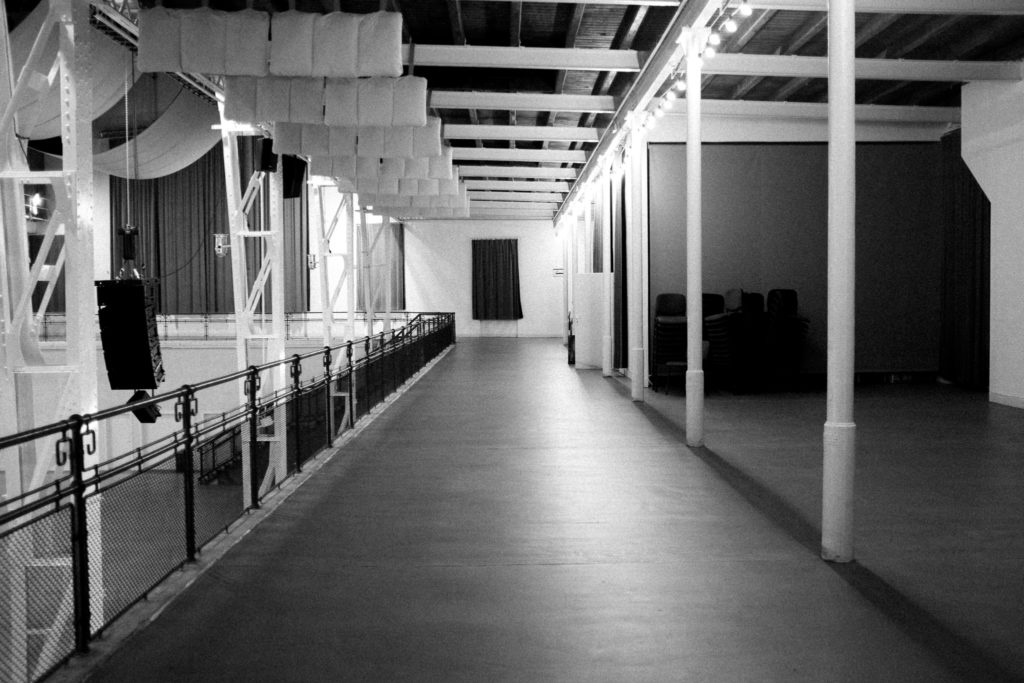