Graz and Maribor have much in common, with both cities having been European Capitals of Culture. In 2003 Graz became a city with some force behind its cultural offer in the international arena, and it also seems that the European Capital of Culture gave Graz additional tourism acceleration. The centre of European culture is embodied in its futuristic Kunsthaus and other cultural facilities, which I often visit to see some of the exhibitions or concerts.

Graz is Austria’s second largest city and capital of Styria, which before the First World War was the administrative, cultural, economic, and political centre.
The most eminent medieval building above the town is the Schlossberg fortress with its famous bell tower with a clock, which is a real highlight. Around the fort a picturesque medieval town centre has developed, with the orderly gardens and surroundings surprising in all seasons. The city gives out a youthful appearance, because of the many students who study at one of the three universities. It is similar in size to Ljubljana and is nicely compact and green. It gives its biggest green breath through the huge Burgarten city park, full of attractive fountains and sculptures, as well as the many other urban parks. 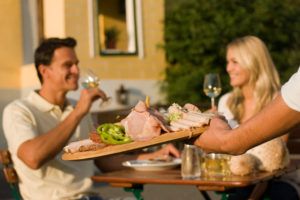 Graz is located at the transition between the Alps and the Pannonian Plain on the northern edge of the Graz field. Through the city flows the river Mura, which literally and symbolically connects it to the plain. Its geographical location has resulted in a varied landscape seasoned with an alpine skyline and wine growing hills to the south. The city is full of cultural and historical attractions, with the medieval city centre inscribed onto the UNESCO heritage list. In the city and its surroundings there are many technical monuments to the rich industrial tradition. The healthy experiential diversity is complemented by a pleasant and orderly environment and infrastructure, for both the eye and the soul.

Graz is an important transport junction and for a number of years it lived from its transport and border location. The river Mura, in Latin meaning ‘trench’ or ‘defence’, has had such a role in the city’s history from when it served as a line of defence against the lowland Pannonian Plain. Infrastructure in Austrian cities is among the best in the world, with air accessibility to the city improving year to year and the drive to Vienna taking less than two hours. Vienna has for many years held top spot on the Mercer quality of life scale and although Graz is missing, I’m sure that it is not far behind Vienna. The quality of life can be felt at every step, especially the modern and largely green public transport with tram system. Since the city is small, everything can be done on foot or by bicycle. In 2001 the city was declared the ‘city of people’s rights’, indicating a high degree of social responsibility.

Graz is somehow overlooked as a tourist destination, too often in the shadow of Vienna and for the number of overnight stays taking 4th place behind Salzburg and Innsbruck. However, Graz can successfully compete with the better-known destinations, in particular because of the well-organised tourism promotion through Graz Tourism and City Marketing. The ownership structure of the 1990-established destination marketing agency is both interesting and instructive – it is 52% is owned by the city of Graz, 24% by the Tourist Board of the city, 8% by Graz fairground, 8% by the Airport and 8% by Casinos Austria. Every activity of the office is aimed at increasing the number of overnight stays by foreign guests. The city has 3,294 hotel rooms, of which there are 1,757 in 21 hotels of 4 and 5 star category.

Graz excellently took advantage of its European Capital of Culture status and the UNESCO title and upgraded it with the UNESCO city of design and creativity.
In the area around Graz all roads lead south to many wine trails, some of which take you all the way to Slovenia. The exceptional incentive tourism potential lies in its spas, culinary art and other green tourism offers in the city’s surroundings. 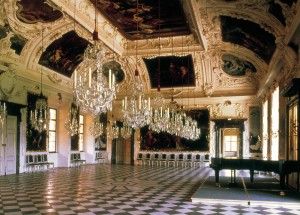 Graz is currently developing tourism in three directions. Congress tourism is being developed under the slogan “Graz: the city of knowledge”, the basis for this being the strong university base. Graz boasts four universities, namely the University of Karl and Franz, Technical and Medical University and the University of Music and Dramatic Arts, together which number more than 40,000 students.

Graz is also a city of fairs, with more than 100 years of tradition since the very first Austrian fair in 1833 and Congress Graz since 1906 being a key venue for promotional and other events. In 2007, institutions with a rich history were brought together into a new brand of Messe Congress Graz, a common brand combining historic Congress Graz, Messecongress Graz and Stadhalle Graz. The historical convention centre Congress Graz, built at the end of the nineteenth century, has a total of 19 halls for a maximum of 1,500 congress participants or for a reception for 2,300 guests.

The modern convention centre Stadhalle was opened in 2003 during the ECC. It is a multifunctional and superbly equipped fair event centre. Conference halls in hotels are smaller and tailored to the needs of the market. As Graz boasts a lot of premium congress halls the hotel congress offer has not fully specialised.

International Congress guests, perhaps due to the mighty shadow of Vienna, do not expect much of Graz, but in the end they are pleasantly surprised. Graz has been for many years a model of congress destination marketing and management. Looked at from the perspective of public and private infrastructure, Graz is the most developed regional convention destination. Just five years ago regional competition would qualify behind the second largest Austrian city, but recently the gap has significantly reduced. The new capitals on the territory of the former Yugoslavia have taken their rightful place and because of this, on the ICCA scale and others, it now has a lower placing. The centre of culture, cuisine, design, creativity, technology and much more, which embodies Graz, is far from saying the last congress word. 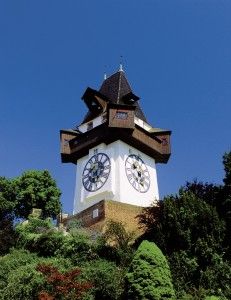 Individual grades:
A. Natural and cultural factors                                                4,5
Graz is in the centre of Austria’s green heart, which gives it the character of interplay between the forests of planar Graz fields and the majestic mountains, which are crossing into the wine-growing hills. Cultural diversity, rich history and the connecting Mura River have formed a high experiential diversity, which is reflected in the many opportunities for congress and incentive organisers and planners and is therefore among the most highly esteemed in the region. 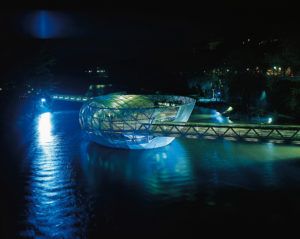 Transport and general infrastructure in Graz is excellent and according to survey results amongst the best in the region. A network of public transport is very well organized; the city has over 120 kilometres of bicycle lanes and the parking system is superbly arranged. It all works very professionally and tidily, and also remarkable is the sense of security with a high level of environmental responsibility and awareness of the population. 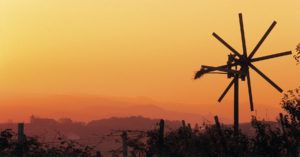 In terms of infrastructure Graz is still the leading regional convention destination. With more than 154 congress events and some 46,000 participants it achieves excellent results and is stable on the charts ranking international events. Graz can be regarded as a proud congress destination, which is modern, dynamic and internationally competitive. It is difficult to challenge it with any serious errors, perhaps just a slightly poorer image on the international scene.

Comparison with the region: 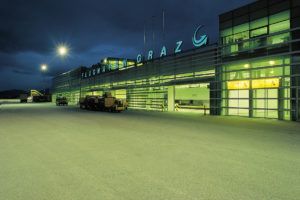 Being the first is sometimes difficult, and Graz was among the first to develop the branding of the entire destination, congress grants and many other marketing innovations, from which other regional convention bureaus drew inspiration. However, former pupils have caught up and in the field of branding and in some other areas are now ahead of their teacher. Graz may not be the most seductive convention destination, however, it should be highlighted that Graz and Styria live with congress tourism throughout the year. A developed infrastructure and –year-long additional offer helps this, where tradition combines with the present and where everyone can find an offer for their taste, needs and pocket.
With the focus on green meetings Graz will also definitely find the right answer to the ubiquitous crisis, which has not bypassed congress tourism. 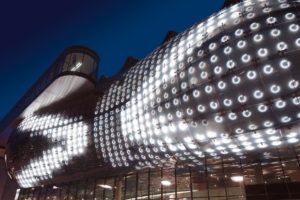 Graz has been redefined into the culinary capital of Austria with many gourmet surpluses. In a story that supports local food and cuisine, 27 best restaurants are included. The combination of an exquisite cuisine with Styrian wines can be felt at the largest outdoor culinary banquet for 660 guests. We shall leave the dilemma of which pumpkin seed oil is better to the experts. Both Styrian and “Prekmursko” are excellent, but it is mandatory that you try the black gold of Styria.

BEST CONGRESS HALLS IN GRAZ for over 250 participants in plenary set up according to the editorship of Kongres Magazine are:

1. STEFANIENSAAL, Congress Graz
1,050 seats, probably the most prestigious hall in Graz, which was opened way back in 1885. The concert hall with superb acoustics is also a prestigious congress venue.

2. STADTHALLE GRAZ, Messe Congress Graz
5,500 seats, one of the most modern multifunctional halls in Austria, which has become a symbol of Graz. A special advantage are extremely powerful lobbies in combination with spacious exhibition halls.

4. MINORITENSAALE, Minorite Kunsthaus
342 seats, another Graz Baroque hall, which fascinates visitors at every turn. The combination of baroque frescoes and modern equipment creates a wonderful ambience for receptions and gala events.

5. DOM IM BERG, Schlossberg
350 seats, former bunker, buried in the Castle Hill and now converted into a special venue, which appears as a cathedral in the mountain and a unique congress venue.

7. BLACK PANTHER, MP09
200 seats, currently the most modern congress hall in Graz, a part of the new philosophy of the city of design and creativity.

10. JUPITER AUDITORIUM,
300 seats, a business centre in the city centre has been built in accordance with the principles of feng shui. Very professional environment for business events.