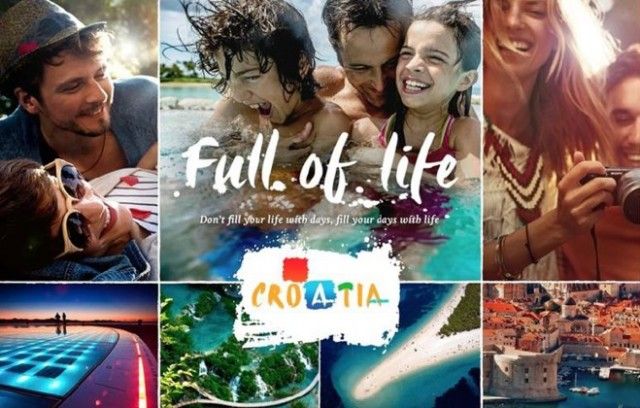 The branding of a nation is nothing more than an image that a nation or a country reflects to the world. However, this image cannot be created through the logo of a country or a series of adverting campaigns for its tourism or industry. It is the image that is deeply rooted in a historical perception of a nation, its important figures and its people. What is most important, it is an image its citizens have about themselves, their own country, their own political system, their own competences and flows, first and foremost their own future. Maybe citizens themselves are the most important target group when we talk about national branding. Just like competent and successful companies, whether global or local, cannot be truly recognized as successful and competent if their own employers do not believe they are so, nations cannot strive to brand themselves in the direction their own people do not believe is true. This kind of “forced” branding is bound to flop. That’s why it is important for any nation that strives to develop its branding to first look at its self in the mirror.

In life, it is very useful when as many people as possible recognize you as a person who is good at something, a person with a useful skill or good character.

In order to become well known for something, it is important to focus on one area and to attempt to become the best you can in that area. Of course, one cannot become an expert overnight, but it is important that you make it clear to others what your focus is, what you are working on, and in what you want to become the best. If this is something that is useful for others and at the same time something that your environment recognizes as a realistic ambition, first you will receive small opportunities from your immediate environment, which, if well used, will open the doors to new and greater opportunities.

The same is true for brands, companies and countries…

For example let’s take a look at Croatia, a central European, and Mediterranean country. The question is:

What makes this country recognizable in a global context?

According to recent surveys, Croatia is still poorly recognizable in the global context. When it is recognized, there are three primary associations: a country with a beautiful sea (nature), a country with relative success in football (sport), and a country ravaged by war in the 1990s.

This is not bad, as the first two are positive associations, and many countries in the world would be happy with that. Due to the fact that many believe Croatia has a beautiful coast, the country‘s tourism revenue is solid, and it is visited by a large number of guests who leave behind a lot of money. This is a solid start. When many people want to come into contact with you, you then have the opportunity to show and prove things that might further increase your revenue.

However, the fact that someone recognizes Croatia as a country with a beautiful sea does not help its other industries much.

Furthermore, there are many other countries with beautiful seas. Croatia is not irreplaceable.

Germany, on the other hand, is considered to be a country inhabited by hard-working, precise and technically educated people. This perception helps people around the world have an a priori positive attitude towards an entire range of German products and services. Such a perception even helps when the product or service does not meet the expected level of quality as people are then inclined to be less critical.

[pullquote]The most significant association tied to Croatia has nothing to do with its citizens and its accomplishments. Namely, the Croatian sea is beautiful, with or without the Croats.[/pullquote]

Croatia too, of course, needs an association that would help its bussineses. It is an unknown fact that Croatia produces cutting-edge city trams, probably as good as the German ones. So let’s take the example of two tram carriages:

“This tram was manufactured in a country with hard-working, precise and technically competent people” (Germany) or “This tram was manufactured in a country with a beautiful sea” (Croatia). What are the citizens of, for example, a Polish city, to think? Did the mayor buy the best possible tram if he bought them in Germany, or if he bought them in Croatia? It is in the mayor’s best interest that the people think well of him when that same tram gets stuck in a Polish city covered in snow. If the tram was purchased in Germany, the snow will be to blame, and if it is purchased in Croatia, the tram will be blamed.

How can this association be expanded further?

If Croatia is a country with beautiful, pristine nature, does that mean that healthy food could be produced there? There is the spatial potential, knowledge and people who believe that locally grown food is healthy. This association could be a good foundation for building market brands in the area of healthy food, in whichCroatiacould get involved in the global trend of opposing genetically modified ingredients. This is one of the opportunities of building global Croatian brands.

No. Croatia has a tradition of electrical engineering, ship building and an electric vehicle industry, such as previously mentioned trams and trains. The country’s possible ambition to become a leader in production of healthy food could be expanded to all other industries that support sustainable development.

This is a global niche. Why? Developed countries have large and diverse economies. These are massive ships and changing course is difficult. Undeveloped countries lack the knowledge and consensus on a development vision.Croatiais somewhere in between: small enough to be able to change quickly, undeveloped enough that it hasn’t destroyed its landscape, but developed enough to have the fundamental knowledge upon which to build its further development. In a word, it has an opportunity.

If Croatia were to emphasize an ambition to be the global leader in the development of an ecologically acceptable society, this would help numerous other sectors of its economy. For example, Croatian tourism could aim to become the global leader in ecological tourism. This would vertically integrate the entire economy. The production of organic food would have a fundamental sales channel in Croatian tourism, which would be a fundamental promotional channel for Croatian organic food brands. Guests would have the opportunity to try Croatian organic brands and see where they are produced, and they would be able to recognize them on the store shelves in Germany. This could be a possible way for Croatia to uniquely reposition itself from “a place where you can see nice nature” to “eco-tourism”. How many countries are positioned like this today? Very few. Certainly much fewer than those who claim “we have beautiful nature”.

Why is interaction an integral building block of successful meetings?

What should we take from online events as we return to real-world stages?