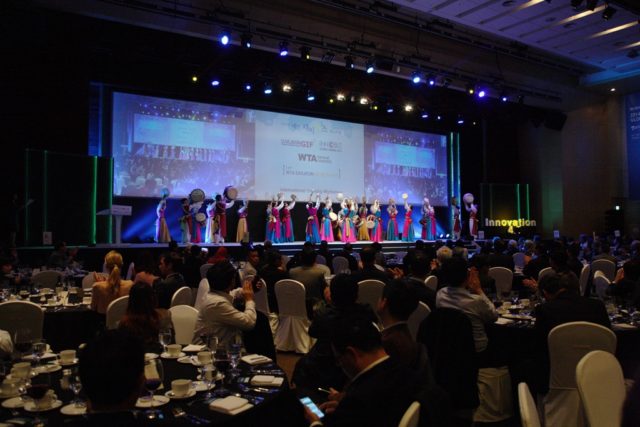 Korea expects to welcome more visitors this year as the 2018 PyeongChang Winter Olympics is drawing near and the Test Events are ongoing until April.

The largest convention expected in Korea this year will be the UIA 2017 Seoul World Architects Congress which will be held in COEX, Seoul. This event will be attended by approximately 30,000 participants, 5,000 of which are foreign delegates from 120 countries. Last year, Korea successfully hosted the Rotary International Convention in KINTEX, bringing over 21,000 international delegates to Korea. Survey shows that participants of the said event lauded Korea for its impressive tourism infrastructure, beautiful landscape, and efficient hosting of the event.

To sustain the momentum, Korea MICE Bureau Executive Director Kap Soo Kim said, “This is an exciting year for Korea as we release new support scheme, reach out to new markets, open new unique venues, and launch our very own Korea MICE Ambassador Program very soon. We invite the international business events community to look forward to these new developments in Korea.”

KTO, through Korea MICE Bureau, will continue to promote Korea as a top business events destination by participating in major event tradeshows. This starts at the AIME tradeshow (booth #3400) on February, where visitors can not only receive consultations, learn about new programs and venues of Korea, but they can also enjoy a Virtual Reality (VR) ski experience of the much anticipated 2018 PyeongChang Winter Olympics along with Korean traditional arts & crafts activities.