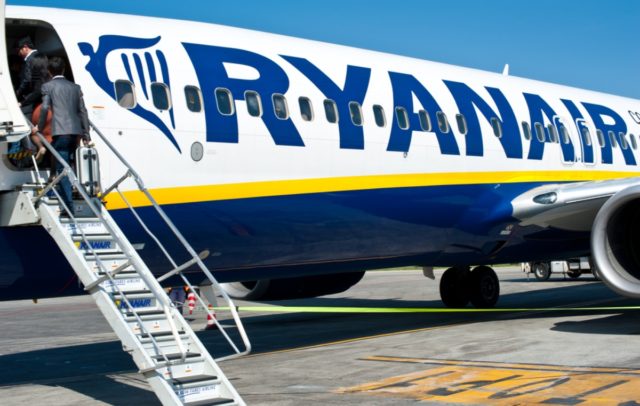 The new service will operate twice per week, each Thursday and Sunday, starting April 2. Tickets are already on sale through the airline’s website. “We are delighted to introduce new flights out of Podgorica for the 2017 summer season, which includes Stockholm and the recently launched flights from Berlin, for a total of four destinations from this airport. As a result, we will handle 110.000 passengers to and from Podgorica this year and create eighty local jobs at the airport”, the no frills carrier said in a statement.

Ryanair launched flights to the Montenegrin capital in the summer of 2013 following two years of negotiations with the government. The airline introduced seasonal services from Charleroi to Podgorica, which have since been extended to year-round operations, and has also added flights from London Stansted, and most recently Berlin. “This is the right time to come and expand our operations in Montenegro. Unfortunately, over the past three years, our growth has been limited due to fleet constraints, however, with the arrival of new aircraft we will certainly introduce new flights to Serbia and Montenegro. We are extremely interested in including Tivat to our network”, the airline’s Route Manager, Luis Fernandez-Mellado, said recently.
“We have to concede that Eastern Europe is growing slowly in terms of new routes for us. However, we are trying, which is why we recently announced new services to Sofia, Niš and Podgorica. It’s all part of our strategy”, Mr Fernandez-Mellado noted.

Ryanair initially intended to introduce flights from London, Barcelona, Stockholm and Milan to Tivat, however, the no frills carrier has warned that high fees at Montenegro’s two international airports continue to be an issue. The country is one of the most expensive for Ryanair, with its charges exceeding other Eastern European nations. “The main issue with Montenegrin airports is that their fees are non-competitive, especially when compared to Greece or other similar holiday destinations. That is the main reason we are so late on the market, as we are more focused on more accessible destinations elsewhere. Tivat is one of the airports that is very appealing to us. If its fees were lower it would have been part of our plans much earlier”, the carrier’s Route Manager said. He added, “The expense of flying one passenger from Europe to Montenegro is much higher than, say, to Cyprus. That presents a big business barrier for us and is slowing our growth. There is no magic formula – the market is stimulated by low fares. That’s a fact”.

Podgorica is preparing for an extremely busy year following a record 2016 during which it managed to overtake Sarajevo to become the former Yugoslavia’s ninth busiest airport. So far, Wizz Air has announced plans to launch flights from Budapest to the Montenegrin capital starting April 3, while LOT Polish Airlines will commence seasonal operations between Warsaw and Podgorica from May 13.
Post Views: 1,053