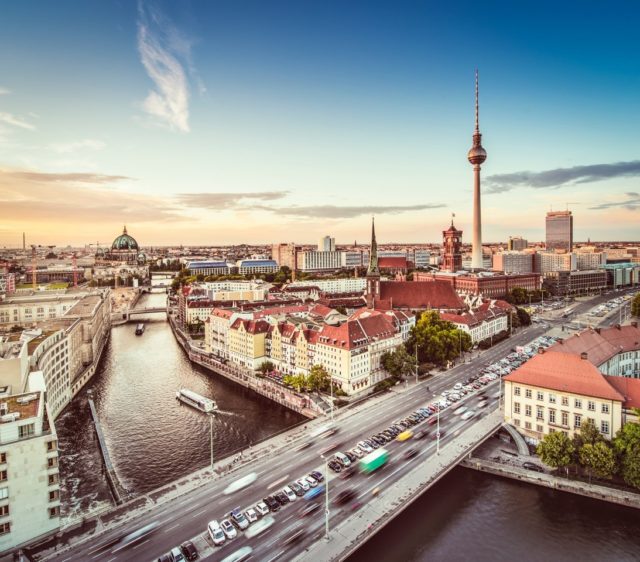 Cvent, Inc., a leading cloud-based enterprise event management company, today revealed its annual list of the top 25 cities for meetings and events in Europe, the Middle East and Africa, as well as the top 10 destination choices for German Meeting, Incentive, Conference, and Exhibition (MICE) Planners. The lists were compiled by examining the meeting and event booking activity using the Cvent Supplier Network . Cvent sourced more than 10 billion Euros in meetings and events globally through its marketplace in 2016.

Other notable highlights in the Top 25 EMEA list include:

Kevin Fliess, VP of Marketing for Cvent’s Hospitality Cloud, comments: “Meetings and events are critically important to the economy of cities of all sizes across the globe. While London and Barcelona continue to reinforce their no. 1 and 2 positions in the 2017 EMEA list, it’s clear that competition is becoming fiercer with German cities proving to be extremely popular meeting hubs. There may be little surprise about the long-standing leadership of Germany as a global meetings market in Europe with Berlin and Frankfurt as perennial favourites. However, Germany’s place as a leading destination for meetings is further bolstered this year with the ascent in rankings of cities like Munich and Hamburg.”

Puneet Chhatwal, CEO Deutsche Hospitality, comments: “Hamburg attracts guests from all over the world. It is the combination of northern German congeniality and international flair, which makes it a particularly charming location. This is also evident in the very good occupancy of our hotels and our existing portfolio in Hamburg:  We are already represented with five properties with a sixth in the pipeline.”

Cvent evaluated more than 2,650 European cities featured on the Cvent Supplier Network to compile the annual list. Activity was tracked from January 1, 2016 to December 31, 2016 and the ranking was then determined by a set of qualifying criteria consisting of:

Featuring more than 245,000 hotels, resorts and special event venues, the Cvent Supplier Network (CSN) is one the world’s largest and most accurate databases of detailed venue information. The CSN contains listings of hotels and other venues in more than 175 countries that can be searched and filtered based on approximately 200 meetings and events attributes.