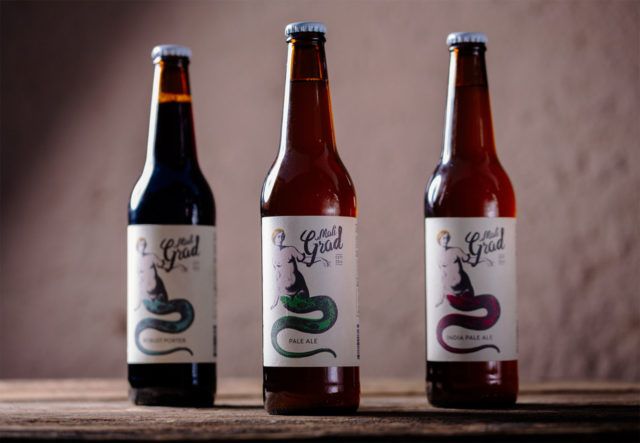 For laic beer drinkers, the term craft beer might sound like a potion made in someone’s garage by self-proclaimed beer drinking aficionados. Well, they might not be as far from the truth as you think. Craft beer is beer that isn’t produced by multinational corporations, but instead, in local and independent brewing companies, called “microbreweries”. But unlike a witch’s potion, these beers are considered to be the highest in quality, richest in flavour and enjoyed by only the most experienced beer connoisseurs, who know what to order when they step into the bar.

Craft breweries are not only a good local economy booster, but also an excellent sign of a destination’s urban atmosphere. They are bringing the culture of beer drinking to a higher level and we can expect it to stand side by side to wine tasting and its traditions in a very short period of time. We believe microbreweries are in direct correlation with the congress industry, as participants are stepping away from mass-production and are looking for more intimate and authentic congress stories.

We went on a hunt to find the very best regional craft breweries and the people that are putting all their heart and soul into making their tasty hop brew unique and a cut above everyone else’s.

Mali grad is a craft brewery, established in 2014 by a young couple, Anja and Urban Florjančič from Kamnik, a town below the Kamnik-Savinja Alps. In a pursuit of quality, their ales are brewed using only the best ingredients and the recipes are – with their unique touch – recreations of traditional English styles ales and modern American styles. All of the ales are bottle conditioned for extra depth of flavor and aroma. The vision is to satisfy the taste buds of experienced beer lovers and offer them a vast variety of styles.

Where can I find them?
Mali Gard brewery is located in a beautiful medieval town Kamnik in northern Slovenia, below the Kamnik-Savinja Alps, with a population of just over 10,000. Mali grad (“The Small Castle”) became Kamnik’s symbol and the name of the brewery.

Mali Grad Pale Ale
American Pale is our flag ship beer with a fruity, citrusy aroma. It is brewed with American hops Cascade and Chinook. Dry hopping gives the beer extra flavour and an aroma to die for. (4,9% vol.)

The Changing Face of the Event Industry

Austria’s Protective Shield for the Meetings and Event Industry

Austria’s Protective Shield for the Meetings and Event Industry